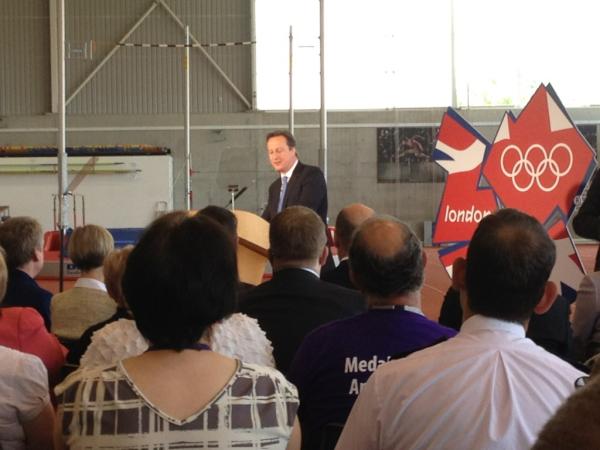 Stuck in the media spotlight for more than 48 hours on a tricky policy area and our worst nightmare here at the Sports Think Tank happens - a rushed 'announcement'. This time School Sport. Much of what I wanted to say was summarised by Alistair Campbell over at his Blog today - also expressing that sinking feeling about a rushed 'announcement'. I am sure he would know as he will have been in the same place numerous times. It is why we set up this think tank. It is set up by people who know the political pressures to come up with 'something' but who want this to be properly researched and based on evidence - not the usual anecdotal evidence and sound bites.

School sport has been a massive victim of this and has descended into some political squabbling. It is trite nonsense to see school sport policy in terms of competitive sport or nothing - especially in primary schools. Even Jess Ennis slapped down the PM last week when on BBC she said "- Don't introduce competitive sport too early at the start it more about having fun and enjoying sport" (I paraphrase)So when you see the news today there will be thousands of teachers, coaches and anybody involved in sport who will be throwing up their hands in despair. http://www.bbc.co.uk/news/uk-politics-19219942 I don't intend to break down the policy announcement here - that would be the sort of knee jerk reactions we want to avoid here - but the most telling question that comes across time after time is - Who have they asked or consulted? Clearly not the experts or those who know anything about school sport. What you will also see though is everybody jumping on this bandwagon with their own particular magic solution. Again we need to avoid this and collate the best practice and evidence from the UK and around the world and introduce something with political consensus and for a generation.

To be fair to this government they did largely protect the elite UK Sport funding for Team GB to compete at these games and I suspect they will protect much of this funding for the Rio Cycle too. In Community Sport through Sport England - we can squabble about the exact figures - but largely the lottery funding remains in place and will increase post Olympics and with the change to lottery distribution. There is a big question mark over the future of DCMS funding but this has always been a small part of the sports landscape. One of the BIGGEST worries will be the future of the £1-2bn spent by Local Government on sports provision which IS having a massive impact on community sport. This is why here at the Think Tank we constantly call for joined up cross departmental thinking and strategy.

Finally - just as importantly we need this to be a wider debate than just about competitive sport. If we are to ever have some joined up government thinking we need all children doing the internationally recognised 1 hour per day of activity. This means physical activity and not JUST team sport - it may even include Indian Dancing to keep fit for some!