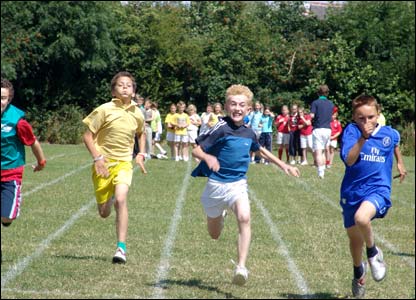 The debate around competition in junior sport and physical education rears its head every now and again, the most recent exchange having started some weeks ago when Surrey Rugby removed score-keeping from matches for 6-11 year-olds.

It's good that schools, clubs, their teachers and coaches are heeding the responses of children and curbing competition in order to get and keep children involved. As we know from the MCC/Chance to Shine report, 64% of 8-16 years-olds questioned said they would be 'relieved' or 'not bothered' if competition was removed from schools. We need to involve more kids whose confidence is low when it comes to physical activity, as Laura McAllister says (http://www.independent.co.uk/voices/let-children-be-rubbish-at-sport--being-competitive-isnt-for-everyone-9278245.html), and if that means inclusive sport and physical activity without competition then that is a good thing.

However, beware of the slippery slope of diluting junior sport into a no-scoring-one-size-fits-all approach, because the more competitive players will get bored and disengage.

Physical activity is not always competitive and shouldn't necessarily always be so, but some sports have an inherent aspect of competition that must be maintained to keep the essence of the particular game or skill, and in order to draw out the best effort from participants. While a one-sided score-line and unequal teams will reduce motivation for some (particularly the losing side, one would imagine), then the same can be said for two equally-matched sides playing for nothing and not keeping score, after all if there is no way to measure the winner, then why try at all? A close fought match between equal teams brings out the best effort in players and that's where learning occurs and skills improve.

The apotheosis of this no competition philosophy was school sport in the self-esteem movement: a failed experiment in America in the late 20th century. Through too much emphasis on how children in school feel and too little on what they do, they were sheltered from any social comparison like 'winners' and 'losers' in sport; they were all constantly told how special and wonderful they were in order to build up their self-worth and send them into the world with the confidence to avoid drugs and crime etc. Unfortunately the world is a harsh and unforgiving place and the shock of leaving the school-bubble where there are no losers and everyone is a superstar led the human products of the self-esteem movement to be more likely to go off the rails than other children. This is an illustration of a psychological fact: In the example of sport, it is not the losing that negatively affects participants, but the interpretation of that loss. If players see losing as a reflection on their value as a human being, a permanent indication of their ability and value as a person, for which they are somehow to blame, then it will naturally put them off sport and competition. This interpretation can be managed with effective coaching.

Unfortunately, coach and teacher awareness in the field is lacking. The truth is that competition is mismanaged by coaches and mismanaged by parents. It is the education of our teachers, coaches and parents that will address this problem, not wiping out scores and results because they're offensive to some people. There are many ways to keep a competitive element, minimise any consequences to self-esteem and learn healthy attributions for success and failure. Research on maintaining a healthy motivational climate in sport is extensive and should be a part of every teacher's knowledge-base.

This debate is therefore not a straight argument of competition versus no competition; inclusive versus exclusive. It is a problem shaping our physical education culture into one of both inclusivity and effective management of competition for those that want the opportunity. Even 'unsporty' children should be cajoled into sampling competition, because if it's done correctly, they will enjoy it and get more from sport as a result. Beware blindly 'giving customers what they want': Kids would be 'relieved' or 'not bothered' if sprouts and broccoli were off the menu, but we wouldn't do that as responsible adults would we? 'The life lessons of winning and losing' maybe something of a cliché but, as Wasim Kham, Chief Executive of Chance to Shine says about their report, 'It is worrying to see so many children would be relieved to see the competitive element removed from sport… We want to teach children the importance of playing sport competitively and fairly – and explain the benefits it can bring to their lives."