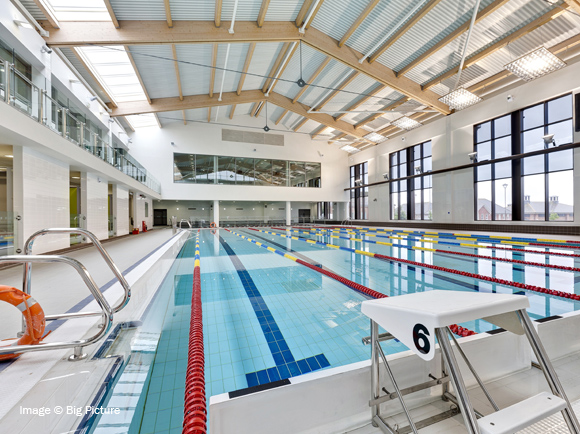 Numerous recent items in local news from all over the UK have reported on councils cutting funding for leisure services. Local authorities in Wales are a prime example. With high levels of obesity (57% of adults overweight or obese in the 2012 Welsh Health Survey), leading experts warn that leisure provision must be maintained to address the urgent problem, due to the well-established link between obesity and sedentary lifestyles. A report by a Welsh assembly committee records deep concern for the cuts in leisure services as planned by several local councils in Wales in the light of rising rates of obesity and cases of childhood diabetes. Are the wider health implications like these and the associated long-term burden on the NHS and the wider economy worth the short-term savings in pounds and pence?

Recently in The Yorkshire Post, LeedsMetropolitanUniversity academics Prof. Jonathan Long and Dr. Emma Wood lamented the planned cuts on spending in northern cities on arts and culture, including the loss of two major cultural events due to a lack of available funding from Leeds City Council. They point out that, with local authorities forced to make savings, leisure and cultural services are vulnerable, as local councils have no legal obligation to provide them (with the exception of libraries), but if we measure our leisure and cultural investment by economics alone, then we are ignoring wide-ranging ramifications in favour of simply short-term financial ones. So what are the likely wider, long-term social impacts of these arts and leisure cuts on communities? Such drastic and persistent cuts will inevitably hit levels of sporting participation and efforts to stem the tide of ill-health caused by physical inactivity.

The government hopes for any public sector withdrawal to be offset by commercial or voluntary organisations taking up the mantle but, as Prof. Long and Dr. Wood point out, while smaller projects may survive through partnership with the voluntary sector, can charities and voluntary organizations handle larger cultural events like Party in the Park that will no longer be funded by Leeds City council? And would commercial bodies carry them forward in a way that sustains the less tangible, social and community benefits for which leisure, arts and cultural projects used to be lauded? In the face of financial austerity, few councils are likely to curtail leisure cuts with promises of 'soft' benefits like greater community cohesion, a reduction in anti-social behaviour and improved health and well-being. You can't add these things up on a balance sheet. Private sector prices and a drive for profit-making will keep people away, as is occurring with community swimming pools. Swimming is being hit hard by the savings local councils are looking to make. There are public pools closures planned in Birmingham, Wolverhampton, Coventry, Newcastle and Ceredigion in Wales, while Worcester council could scrap plans for a new community baths. The Amateur Swimming Association says 51% of children aged 7-11 cannot swim 25 metres, for many an unacceptable statistic given the value carried by swimming as not only a healthy physical activity, but also an essential life-skill. Closure of council swimming pools means less chance to learn something that could save a life, coupled with the lost health benefits and the difficulty of establishing a strong participation-base from which to find the elite swimmers of the future. According to Sport England there are more pools than before, but many of these pools are now in the hands of private clubs and leisure facilities that aren't accessible to the less well-off.

As a result of 2013 NHS reviews, there is much more onus on councils to improve public health reminds BBC Health correspondent Nick Triggle, who reports on how cheaper and poorly designed housing projects have thrown up barriers to play and exercise. Future projects will be hampered by continued austerity and building programmes will have to utilise public and private resources in order to avoid the mistakes of the past and include provision for play areas and spaces that encourage outdoor use. Tim Gill, of www.rethinkingchildhood.com, a website that promotes the many and varied benefits of play in all its forms worries that funding cuts are part of a trend of government reneging on a commitment to provide quality opportunities for children to play outdoors through both staffed and unstaffed play facilities, without which children are more likely to stay at home and remain inactive, consequences that will hit hardest on the poor and disadvantaged where green spaces and play areas are fewer and further between. A Children and Young People Now (www.cypnow.co.uk) report published that English local authorities spending on children's play areas fell by 39% between 2010 and 2013.

Despite assurances that leisure provision remains on the political agenda, and a handful of councils bucking the trend with maintained or increased investment, the evidence in communities and local councils is that slashed budgets are continually hitting leisure services. According to many experts we are already in the middle of a health crisis, so our swimming pools, leisure centres and playgrounds should be valued, not only for helping to avert the health catastrophes that will cost us billions of pound in the future, but also in terms of the 'soft' benefits they bring to the community.

Half of pools, gyms and leisure centres in England at risk, prime minister told

UKactive call upon the government to save the nation's public leisure facilities, interested to see how they respond.

Clear that young people require more from sport to support their collective views.

Worrying to see, hopefully this gap can be closed.

Positive from Sport England and Active Partnerships- school facilities must be better utilised.