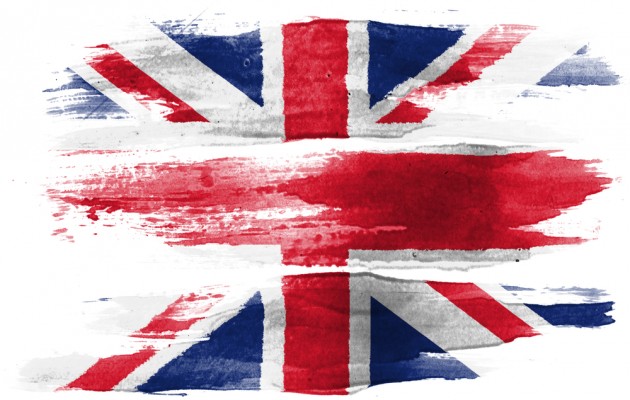 From the picturesque landscape of the Yorkshire Dales in the Tour de France, to John Barrowman clasping a man's face and kissing him on the lips during the Commonwealth Games ceremony in Glasgow: the implications for Britain's obsession for major sporting events are there for the billions of viewers worldwide to see. Yet these magificant sporting spectacles have another equally significant impact. As the recent House of Lords Select Committee on Soft Power states, in the view of the British Council, 'sport has an almost universal appeal that crosses language and cultural barriers, which makes it, the most accessible and exportable of the UK's soft power assets.'

In international relations, soft power is the ability to get what you want through attraction rather than coercion or payments. It arises from the attractiveness of a country's culture, political ideals and policies. Emphasising a set of values and practices that create meaning for society can therefore be of huge advantage in boosting global prestige for governments. Many governments see this as an effective means of boosting a nation's reputation in the midst of ongoing military commitments around the world – the hard power counterpart. The Moscow Olympics in 1980 and the Los Angeles Olympics of 1984 are prime examples, where the Russians and Americans used sport to this effect during the Cold War tensions.

Whilst others have used sport as an explosion of culture, to 'put a country on the map' – Beijing in 2008 springs to mind. But where does the UK fit into all of this? Has the current decade of sport provided us with a unique opportunity to use sport as a tool of soft power? And what should we learn from it for the future? And with an election looming, should our politicians be assessing whether they would support a further decade of sport from 2020?

The Lords Committee concluded that: "The soft power benefits originating from sport convince us that now the London Olympic and Paralympic Games have concluded, the UK should work to find a way to retain the "glow" attached to British sport institutions. The Government should use the status and attractiveness that the UK gained in 2012 to exert influence in sport and beyond, but should recognise that maintaining any soft power gains won from the Games could be a long-term and costly exercise". And costly they were: £9 billion spent by the UK Tax payers. Even now, two years on, politicians continue to highlight the on-going economic benefits that the to host the 2012 Olympics generated, in an attempt to justify the huge financial outlay to host the games at a time of the worst recession in living memory. In purely domestic economic terms however, the conclusion as whether they were of economic benefit, as Professor Simon Shibli from Sheffield Hallam University, argues, is an overwhelming 'no'[1].

Yet this is only one side of the argument. Clearly the Olympics has open doors for British business abroad especially in Brazil, and it contributed to an increase in British inbound tourism. We must also consider the intangible benefits such as 'psychic income' and 'feel good factor'[2], which Professor Chris Gratton (also of Sheffield Hallam) deems to be of far greater value to the British people. In doing so, the challenge is how we articulate and sustain this 'feel good' factor internationally and continue to generate prestige and reputation globally. As Professor Anholt, argued to the Committee, "hosting the Games was "certainly a good thing for us to do", because "a reputation is not something you own but something you rent, and that rent must continue to be paid". By regularly carrying out operations such as hosting the Games, he said, the UK pays its "rent" and teaches the populations of emerging economies who are less familiar with the UK "that Britain is a rather special place and they should know something about it".

Yet there is a strong argument that the Olympics did more than just pay 'the rent'. UK Sport has identified several mechanisms through which sport enhances the UK's soft power: 'UK athletes achieving world-class success showcases the UK willingness to invest in its athletes, equipment, structures and expertise; through the UK influencing sport and sporting participation, including playing a role in shaping decisions taken by international sport organisations, the nation is portrayed as a major leader in global decision making; and through hosting major sporting events in the UK we are able to demonstrate these qualities on a mass scale'. Given our general poor sporting standing in recent decades, this is an important impact for our sporting governing bodies as they seek to build their reputations and authority in the international sporting corridors of power.

Britain holds a unique position in the world when it comes to sport: It invented many of the games that the world has taken up as their own. While this has given the country a certain prestige and privilege, this has often been mishandled and misunderstood: Britain has come across as arrogant. Perhaps one of greatest 2012 achievements has been to help to break down this perception and not just because of the sort of Games that Britain hosted but because of the overwhelming impression made by 1000's of volunteers, supporters and spectators. Furthermore, International Inspiration – which provided an impressive sport and social legacy initiative – was a bold, innovative and ground-breaking project. It trained over 225,000 teachers, coaches and young leaders to deliver sport; influenced policies, strategies or legislative changes in other countries; and inspired and enriched the lives of over 25 million children and young people around the world. This is soft power at its most influential.

The Olympics along with the Commonwealth Games and other events are all brilliant achievements the Government should continue to publicise and promote. And as a nation the UK is right to be proud: not only are the British passionate sports spectators but they excel at designing and delivering international sporting events using a wealth of talent, creativity and tradition that few countries can compete. As the Lords Select Committee argues: the UK is expert in the organising megaprojects, and we should promote that. Yet this is a newfound confidence for the UK. It could not have said this in the early days of the Olympic bid, when few had the confidence the UK could successfully deliver such a project. Now with half a decade of major sporting events under its belt, the UK has proved it can. The key question is what it does with this newfound belief in the future?

Of course more events are planned, like the Rugby World Cup in 2015, but how does the UK respond to on-going praise after, what was described as the 'grandest Grand Depart' in the Tour de France's 111 year history, Race Director Christian Prudhomme said: 'The question is not if, but when, (the race will return to Britain), although I don't have the answer for the second part.' While it is clear the UK has the scaffolding for further sporting initiatives and a huge public desire for more sporting events there remains an ongoing challenge of the public resourcing of bidding and hosting such events. .

While we may not be able to claim the economic benefit that many argue, the value of sport events as soft power must remain at the heart of government thinking. What is emerging is that the Olympics, supported by the array of other sporting events in the UK's 'decade of sport', is allowing Britain to have new conversations and influence from within. These events have generated a lot of goodwill. And why is that goodwill important? That goes to the heart of soft power; while in the world of sport it buys influence into how sport is run, it attracts more events but more widely in foreign policy terms it's to encourage countries to do the sorts of things we'd like them to. The key question for Government is what are we then using our newfound influence to do?

As we head into an election all parties should be weighing up the pro and cons of using sport as a means of soft power. Issues such as: new murmurings of discontent across the globe that Britain is hoovering up too many sport events; whether the UK has paid 'it's rent' for the next 10 years; and does this 'long-term and costly exercise represent' the best way for Britain to boosting its global prestige? need careful deliberation. At the end of that process what we need in their manifestos is clear vision of where the use of sport as a tool of soft power sits on any incoming government's agenda.

If the cost to the taxpayer is just too high, maybe we need to look to the arts and cultural sector for a more sustainable approach? Building on the international Olympic legacy ambitions, the Government could promote long-term 'sporting festivals' with countries around the world to create yearly sporting events and opportunities that twin towns, cities and countries in developing grass-roots sport. This would build on International Inspiration whilst complimenting the work and reach of the Premier League and Premier Rugby, or a number of British charities such as Magic Bus, who are already working in many countries to this effect. Sport could work more closely with the British Council, UK Trade and Industry and the Commonwealth to enhance this further. A stronger, deliberate approach by the Government and our sporting bodies could help to build significant relationships with the citizens and governments of other countries while enhancing our own community sport efforts whilst creating a more grassroots soft power legacy.

Whatever the final anaylsis the 'decade of sport', it has, at least, reassured the world about the UK's place on the world stage. It has shown that sport is a powerful tool in the UK's soft power assets. In an increasingly troubled world there are going to be many challenges for sport and government as they negotiate the impact of global affairs on future sporting events. Yet it is time for the UK to be planning it's strategic approach to hosting major sporting events in the decade ahead and the substantial benefits these could yield.