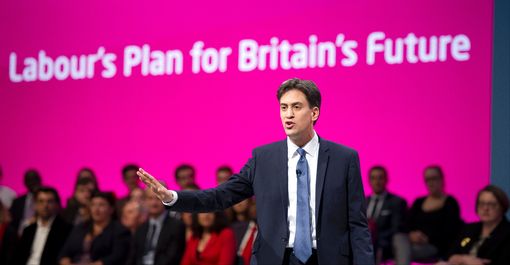 The Sports Think Tank were present in Manchester at the Labour party conference to witness the party's plans for sport in the next parliament and to see some partner organisations meeting and debating with Shadow Minister of Sport, Clive Efford MP.

1. Sport's absence from the main stage

It was disappointing for the sector not to see sport mentioned from the main conference stage. This was despite that the Shadow Sports Minister having published his initial plan for school and community sport in the More Sport for All consultation document. Of course, the Shadow Secretary of State for Culture, Media and Sport – Harriet Harman MP – also the Deputy Leader of the Labour Party and while this means sport has a powerful advocate at the heart of the senior Labour team, it also makes for a crowded portfolio at conference. Yet perhaps this reflected that sport had its year at the stage in 2012 and politicians and the public have tired of sport.

2. The case for sport

In terms of content, there was little sport-related discussion to be found in the exhibition or the fringe. A significant contribution, however, was made by four sports organisations who co-hosted three sports focused fringe sessions: The English Federation of Disability Sport, Association for Physical Education, Sports Leaders UK and StreetGames. This group hosted, amongst others, Clive Efford MP at the session about how all people can access sport and physical activity and continue to make the important case for sports' wider impact across public policy. At their other two sessions, emphasis was placed on the value of volunteering, for enhancing young people's employment opportunities and the important role of sport in holistic education. These sessions saw some excellent debate and chimed well with the Labour inequality and public health agenda at both a local and national level.

Having already published the public consultation More Sport for All, Clive Efford argued strongly for sport and its role at the community level. This was echoed by many Councillors who understood the important impact of sport in local communities, especially as a means of inspiring and supporting young people. Reiterating a point he has expressed both in recent parliamentary debates and in his interview with the Sports Think Tank, the Shadow Minister articulated his vision for a coordinated approach across various government departments, not just DCMS. This could prove to be crucial in the next parliament, as he looks to put sport at the heart of various social outcomes whose responsibility lies in a number of departments. In attending other fringe events sport could play a significant role in two keys areas:

A major theme at conference was Labour's desire to tackle inequalities in society. In particular it was thought public health should focus on tackling deprivation. Local authorities felt they had much to offer here with councils such as Southwark, already delivering a new innovative approach. Council Leader Peter John has championed free access to sports facilities (gyms and swimming pools) as essential to tackle the stark health inequalities in the borough that has had historically high child poverty. With local authorities taking over responsibility for public health services from the NHS, this initiative seeks to make it easier for residents to get fit and healthy to improve equality. Luciana Berger MP, the Shadow Health Minister, told a fringe that public health has to include: mental health; poverty; exercise; parks; pools; health centres; cycling paths; and transport routes, if they were to change the current unacceptable health inequalities in the country. To do this, an integrated health service is needed that assesses and supports the whole person. The Labour heath team therefore wanted to put relationships not structures at the heart of this policy.

Obesity and the subsequent public health response will be a key issue in the next parliament: an issue that must be addressed holistically through physical activity, nutrition and the role of the food and drink companies. There was debate about the need for legislation verse education to tackle the problem. Views were on the whole balanced, although despite the food and drink companies calling for a slow evolution of policy, many experts felt the reality and immediacy of the issue meant that government should act swiftly and strongly.

Sport added a third view, that of empowerment: especially for young people to make positive choices about their health and well-being showing that sport has a central role to play in this debate. Andy Burnham MP, the Shadow Secretary of State, remained passionate in his belief that sport and physical activity should play a significant role in public health, especially in prevention –another buzz word from conference. Labour will publish its Public Heath Paper in the near future and we hope to see much about early intervention and the role that sport can play.

Views about the Responsibility Deal were united – it wasn't working and many in Labour seemed keen to ensure employers took a direct responsibility for their employees' health and well-being as happens in Japan. Here, policy makers have introduced compulsory "flab checks" for the over-40s and penalties for firms that fail to bring their employees' weight under control. It was argued that if employers took a long-term view, there was a strong economic argument for them to ensure their employees were healthy - physical activity is a key to achieving this. Yet the situation was so critical that if employers didn't take the health and well-being of their employees seriously, the government will need to take a more direct approach.

Across conference, we heard that the party would like to expand the range of activities available for young people: to equip them with the knowledge and confidence that will enable them to make informed choices and enjoy healthy, active lives. Clive Efford advocated listening to young people and women, about what they wanted from sport and physical activity provision, with the view to then delivering it. He also believed supporting parents through providing advice and guidance to help them make good choices for their children was crucial. This, he argued, was one of many policy areas that sport had an important influence (as seen by the work of StreetGames) and where a whole sport strategy was needed to better integrate the approach and provision to young people.

As was the case across much of the debate at Labour Conference, there were plenty of calls for planning and delivery of national policy to be made at local level. This was especially true for sport, where Labour's intends to use local networks to draw up local strategies and plans for community sporting provision and funding. It is here that the Healthier Nation fringe panel thought sport for all could be achieved: creating an environment where sport was an integral, cultural component of living in a community through the right 'demand lead' provision.

Local Government representatives repeatedly expressed grave concerns over the ongoing cuts - the next round due to come into effect in 2016/17 – on community sports budgets and sport and leisure provisions. Despite Councillors rating sport as a significant tool to reduce inequalities, when choosing between this and welfare services it is clear what their priority is. This leaves a space for policy makers and local authorities alike to devise innovative and collaborative methods of financing.

The Shadow Sports Minster understands this: while he believes that the cutting of school sports partnerships by the current Government is a 'travesty', he is unable to make a direct promise to bring them back without funding. He also has a plan to boost community investment which he outlined at the fringe: both the betting industry and the Premier League have a moral obligation for putting something back into grassroots sport using levies. He, quite rightly, wants the Premier League adhere to the previous Labour Government's agreement that saw them invest 5% of domestic broadcasting revenues back into community sport and create a levy on sport betting for the same purposes. For the latter, he will have the backing of the sporting governing bodies and the public, after a long fought campaign but the challenge will be to bring the betting industry on board. We look forward to seeing how these plans develop and the mechanism and parameters for its distribution.

On a completely different note, the Union of Construction, Allied Trades and Technicians (UCATT) hosted an event to put the conditions of construction workers building stadiums for the Qatar World Cup into the spotlight. According their independent report, over 1000 people have died on construction sites in the world's richest country, 8 years before the start of the tournament. In particular, they highlighted the potential role that the Football Association and the Player's Football Association could play in generating global conditions and rectifying issue. Emphasis was placed on importance of not relocating the tournament, as this would signal avoidance of the issue. It remains to be seen whether international footballing authorities are likely to empathise with the union or whether a potential Labour Government would put pressure on the football authorities to act. We all know that sport governance needs to clean up its act and make significant changes to not only regain the trust of the public that finance these sports, but to take sport administration into the 21st Century.

Despite sport having little priority on the main conference stage, Labour has provided a strong indication that community sport will play a significant role in its policy commitments. It was encouraging that across the different fringes, sport was recognised as an important aspect to local community life and one that makes a significant contribution to society: and that it could have a central role in helping to deliver Labour's public health and inequalities agenda amongst young people. We await further Labour policy with great hope.