New Strategy Must Reflect the Value of Sport for Development

New Strategy Must Reflect the Value of Sport for Development 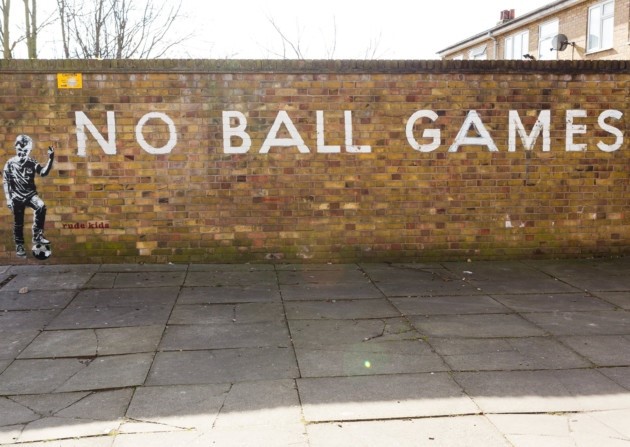 In March of this year, The Department for Culture, Media and Sport (DCMS) published a largely unheralded report on the positive and varied impacts of sport and culture on society, A Review of the Social Impacts of Culture and Sport (DCMS, 2015, attached below). Much has happened since then: a new Conservative Government has been elected and a new Minister for Sport appointed, as well as the publication of more underwhelming participation figures and the announcement of a consultation on a new strategy for sport in the UK. With this consultation closing in less than a month and providing a glimpse that any new strategy might look to expand the role of sport across a wide range of government outcomes, it is a good time to review the case for sport, outline why sport is in a great place to deliver government policies and why it must not be overlooked in future spending reviews.

The Sports Think Tank survey: "New Players, New Tactics" found a widely-held view in the sport sector that achieving a cross-departmental strategy is a significant challenge to the sector and its future success. Survey respondents called for the application of sport in the role of health catalyst, amongst other outputs, and for greater cooperation and joined-up thinking between government departments i.e. DCMS and The Department of Health. As is widely understood, there is a range of evidence on the link between sport and positive developmental outcomes. Evidence on the health-related social impacts is the greatest, where it is easiest to measure. Increased participation in sport appears to be necessary for the improved health of the populace. One study, for instance (Kahn and Norman, 2012) suggests that physical inactivity costs the UK approximately £8.3 billion per year. Cadhilac et al (Australia, 2011) found that a 10% reduction in physical inactivity would result in 6,000 fewer incident cases of disease, 2,000 fewer deaths, 25,000 fewer Disability Adjusted Life Years, while conferring a $96m reduction in Australian health sector costs. In DCMS' further analysis to value the health and educational benefits of sport and culture, the estimated annual, per-person NHS savings for people who participate in sport is £13.25 on reductions in GP visits alone.

According to the report, evidence for sport and its relationship to crime are somewhat equivocal and there is a lack of research in the area. The evidence suggests however, that sport can have a beneficial impact on reduction in crime, for instance through the positive association with lower anti-social behaviour. The report also identifies a lack of experimental research evidence on the relationship between physical activity (PA) and educational attainment, though there is a well-established positive correlation between levels of PA and academic success. One experimental study from the United States (Coe et al, 2006) found PA did not significantly improve the grades of 214 children when they were assigned physical education classes, but nevertheless the link between PA and academic success persisted among active versus less active children. This indicates there may be a minimum level of physical activity required before academic improvement can be measured. Further experimental research is needed in this area, so that a robust cause-and-effect relationship can be established, as presently there is a disproportionate volume of correlational research, research that indicates a third factor could be driving both academic achievement and activity-levels.

A Review of the Social Impacts of Culture and Sport recommends that, "…any sport/exercise programme designed for the personal and social development of young people, whether at risk or more general, should be intentional – i.e. designed specifically to produce developmental outcomes." There is the caveat that some evidence shows links between sport and some negative outcomes like injury, crime, illegal alcohol consumption. This suggests that the policy rationale of simply increasing participation may not be enough to meet the goals of improving health and social wellbeing through sport and that tailored programmes with targeted goals whether in the fields of health, crime or educational attainment are preferable. The report also highlights further concerns regarding the delivery of sport and physical activity programmes, namely that: uptake on sport and physical activity programmes is affected by how they are perceived: they are less popular when perceived as controlling as opposed to being for the benefit of the community; an 'open access' approach in insufficient when there are fundamental barriers to participation to overcome; and that there is the constant danger of targeted sport and PA programmes taken up by existing participants to the exclusion of new participants and sedentary groups at whom the programmes are aimed.

Crucially, the DCMS report states that the evidence indicates sport achieves a number of positive developmental outcomes simultaneously, making it a highly cost-effective intervention and more valuable to society than the arts in respect to the outcomes discussed here. The message for the policy-makers and the sector is to use the present consultation to initiate a significant and effective debate on how to join up the strategies of DCMS and other departments in order to deliver government policies on health, crime, education and other developmental outcomes. Ideas such as specific budgets solely for sport for development projects, or for the establishment of a special committee or arms-length body to oversee sport for development policy should be considered. Furthermore, researchers must look to build on this body of work with more experimental research to ensure robust cause-and-effect relationships are established, and effective pathways between research and policy so that the best existing research can be integrated into policy-making. Research should be tailored to delivering real-world policies including evaluations on financial returns on investment in order to secure funding whether from the public purse or elsewhere.

Luke Regan is Researcher at The Sports Think Tank