What Can we Learn from the Irish?

What Can we Learn from the Irish? 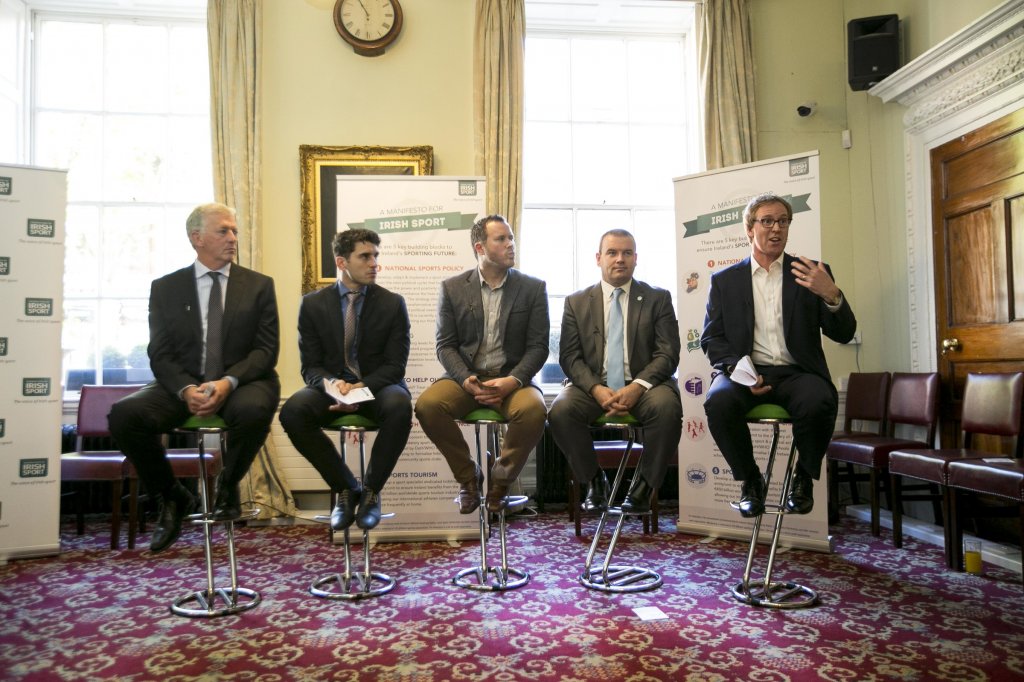 A couple of weeks ago, I was privileged to speak at The Federation of Irish Sport event in Dublin to a gathering of Irish politicians, NGBs and others interested in the power of sport. The Federation - which represents 76 National Governing Bodies and 27 local sports partnerships - were launching their Manifesto for Irish Sport and I was part of a panel to set out the case, or not, for a government sports strategy.

Irish sport has come a long way since dedicated government investment commenced in 1997. Like in England, sport in Ireland extends across virtually every government activity, in constituencies and villages throughout Ireland. Traditionally, it also does a lot with not very much. An Irish election is expected in the very near future and the increasing recognition that sport is a partner and driver of policy formation and delivery has encouraged the Federation to set out its asks for government.

With our UK Spending Review just around the corner, the Irish sports sector had just heard that under the third round of the Sports Capital Programme since 2011, allocations had made provision for investment for local projects that promote participation in sport across the towns and villages of Ireland.

In addition, the Minister for Transport, Tourism and Sport, Paschal Donohoe TD, announced an increase in his department's budgetary allocation for 2016. This will provide €1.74 billion to support policy objectives across a range of areas which will help support the growing economy and ensure continued recovery - a 7% increase in spending.

This increase is a reflection of a recovering Irish economy, one that has travelled through a much tougher and faster period of austerity than the UK.

Furthermore, while local MPs play a more significant role in where funding is directed, as in the UK, the Irish Government sees sport as central to their future well-being for both its economic and social benefits – participation has a 'positive impact on us physically and mentally and this needs to be supported'.

They also understand elite success 'acts as an inspiration and delivers a positive effect on the perception of Ireland across the world'. The Irish Government is keen to enhance this, particularly in 2016 with the Rio Olympic and Paralympic Games around the corner. They intend to use this to promote sport and drive the country forward.

Compare this with England where any increase in spending on sport is clearly not on the agenda. The Treasury has asked departments to model 25% and 40% cuts and we can expect a brutal Spending Review on the 25th November. George Osborne will expect much, much more for much less. And this will all be measured, some would argue, over-measured.

The Irish success in securing more funding for the department is no doubt, in part, due to the work of the Federation. They have campaigned long and hard for Irish sport, arguing the facts: 40,000 indigenous jobs; £1.9bn in household spending; £1bn in tourism receipts, 500,000 volunteers; 14 years younger in health terms; and flying the Irish flag in over 70 Countries. But they want more.

The event was to ensure the Government knew what was needed from them. What impressed me was that they were campaigning for the sports sector as a whole. Taking a coherent approach as a sector, to advocate a joined-up approach to: bidding and winning major sporting events and developing sport tourism; agreeing a mandatory 2 hours sport and physical activity in schools; formalising the links between schools and community sport clubs; and providing tax relief for community sports clubs, something the Sport and Recreation Alliance fought hard with Her Majesty's Treasury, securing the Community Amateur Sports Clubs scheme (CASC).

Furthermore, the Federation advocated that the Irish Government needs a framework from which it, and the sector, could develop and enhance sporting investment through a national sport strategy: A strategy that maximised the power and positivity of sport across Government to enhance the lives and health of all Ireland's citizens.

And that is why they asked me to speak about our experience of having a strategy for sport since 2002 and the recent Department for Culture, Media and Sport new sports strategy consultation. This provided me with a good opportunity to reflect on where we have come from those early Game Plan days, to assess our success and failures since then, and what they might learn from us.

What struck me was that England has been on a long journey to get where it has and how visionary Game Plan was: while it succeeded in ensuring England's elite success, in attracting major sports events to the UK and increasing participation, this policy hasn't been as successful as was hoped.

We could also learn from them: I was impressed to meet Bernard Brogan, top Gaelic Footballer, and interestingly, President of the Federation. Gaelic football is the most popular sport in Ireland and it is one of the few remaining strictly amateur sports in the world, with players, coaches, and managers prohibited from receiving any form of payment – though personal sponsorship is allowed.

As a result, the Gaelic Athletic Association (GAA), the governing body of Gaelic sport and culture, invested 19% of its revenue in coaching and development to the benefit of adult and underage players, coaches and match officials. A further 21%is distributed back into the County and Provincial organisations. Something for us to reflect on in our ever increasing professional sporting environment.

I also support the Federation's call that an Irish strategy should be both 'inspirational and transformative, with ring-fenced funding, dedicated political oversight and review mechanism'. This should be our call to Tracey Crouch as we await her new strategy later this year.

I would suggest, England needs a strategy that provides leadership both across government, and within the sector, and that is flexible enough to move with the times: it must address how people get and stay active in the context of a fast changing society mostly driven by technology.

We need a mechanism that incorporates and engages innovation, not just for 2015 but in the years ahead. If we do not achieve this, the strategy will be out of date by this time next year and we will repeat the one major failure of Game Plan: to continue to stimulate and engage people getting active in a fast-changing world.

To address this perhaps the vision of the strategy should be to instill in everyone that sport, in its broadest sense, is good. It is good because at its heart, sport is about play, and play is about fun and friendship, however we choose to do that.