Reflections on the Comprehensive Spending Review

Reflections on the Comprehensive Spending Review 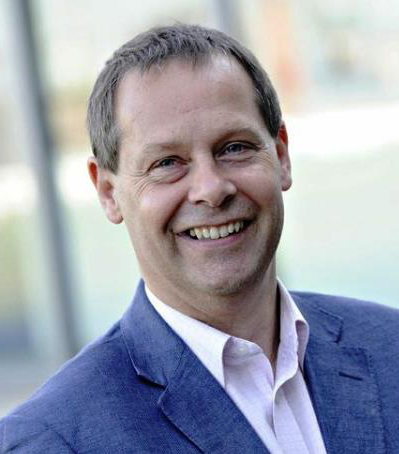 The government announced its long awaited Comprehensive Spending Review (CSR) last month with expectations for cuts across the board for sports bodies funded by DCMS. At the time cuts of 30% had been heavily trailed.

The Sports Think Tank responded to the early details announced by the Chancellor on the Wednesday evening.

Andy Reed said, "As always it is right to be cautious in the immediate aftermath of a Budget or Spending Review. The statement in the House only covers a fraction of the details that have been announced in the review. Often things don't seem the same in the cold light of day and detailed analysis 48 hours later. So we are able to give a cautious welcome to some of the news we have heard today.

"We were particularly watching out for cuts of around 30% to the DCMS funding and the impact on Sport England, UK Sport, UKAD and the other agencies it funds. The DCMS funding seems to show not only is the budget protected, but a small increase in cash terms has been found for Sport England and an increase of 29% has been found for UK Sport ahead of Rio 2016 and through to Tokyo 2020. These announcements have to be welcomed.

However, we also know that Public Health spending will fall by 4% per annum over the next cycle and that local government cuts are likely to have a deep impact on the £1.1bn spent by councils on Sport and recreation across the country. As these services are salami sliced and charges increase the impact will be felt in a less obvious way - but by 2020 I am sure we will be looking at a very different landscape.

We are awaiting confirmation in the detailed announcements about the Primary Premium (although this was a manifesto commitment), the School Games and School Games Organisers - although sources said that things were looking very positive.

There were some other minor changes too. The issue of sports testimonials will be dealt with by introducing a £50k tax-free element, but the remainder of the income being subjected to tax. The Treasury have had concern for some time at the growing 'testimonial industry' that has been developing.

However, we do welcome the view that the Government heard the voice of sport in the lead up to the CSR inside the Treasury. The fact that the Chancellor announced what he felt was a worthwhile 'investment' is an important step for the sector and one we must not squander.

Our early observations have changed little as the week has developed. Having spoken to many involved and those likely to be affected our initial response seems fair. There were some small political wins, but the big pressure will come as local government and public health budgets begin to bite even further in the middle of the parliament. As the technical details become more obvious some of the initial cheer has turned into caution, just as we warned.

The investment in UK Sport is an interesting outcome for sports policy-makers. The glamour and investment choices for winning medals at the Olympics and Paralympics now seems embedded inside government. It will become hard for any PM or Chancellor to be the one to see Team GB slip down the medal table. This was certainly some of the rationale for meeting the request from UK Sport for an increase in funding. Once again the details are of interest as the extra funding just about covers the money UK Sport have already used from reserves to fund the Rio cycle. There will still be plenty of tough decisions to be made.

So as always the politics of the CSR have been really interesting for those of us who follow these things. The extra funding came as a surprise to all but those really close to the team in the Treasury. We understand the news came as a pleasant surprise even to DCMS just before the announcement. We had all been reading the signals (well-founded at the time) to expect a 30% cut. Politically the Treasury understood the investment in UK Sport buys medal success and lots of receptions at No. 10 for successful returning teams and Gold medallists.

For politicians this is an understandable investment. Not just for themselves but for a Team GB feel-good factor. It's clear the Treasury understood that the politics of going into the CSR proposing increases for elite sport whilst still cutting the grassroots would not have played well. On top of this the #getyourkiton campaign run by the Sport & Recreation Alliance 'was heard' inside the Treasury and the Government. The tone of the campaign was just about right: a gentle reminder of the numbers of people affected by grassroots sport without being aggressive or unreasonable.

As we await the publication of the Government's Sports & Physical Activity Strategy we at least know the financial and political environment in which we will now operate during this parliament. Hopefully this will give us a broad framework to work with up to 2020 and some reasonable stability.