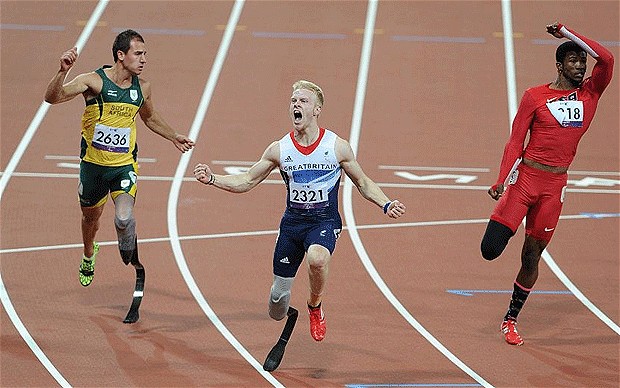 The London 2012 Paralympic Games, the fourteenth Summer Games, set a new benchmark for Rio and Japan.

The Paralympic movement has grown since the first ever organised sporting event for disabled athletes took place in the small British village of Stoke Mandeville in 1948. Just 16 ex-members of the British Forces took part but numbers grew very quickly and within just 6 years, 14 nations were represented by 1954.

By the opening ceremony 2.4 million had been sold with the remaining 100,000 sold during the games.

These ticket sales and the huge rise in viewing figures (38% up on 2008) helped raise the social agenda associated with the Paralympic Legacy. The hope that positive attitudes towards disability sport would reduce much of the discrimination faced by disabled people in everyday life.

The top 5 countries' viewing figures for the Paralympic Games belonged to China, Japan, Germany, GB, and France which, according to the IPC, underlines the huge potential for growth at future games.

Many with direct experience of disability praised the Games for their influence in promoting inclusivity. Among them was Prime Minister, David Cameron, who in 2002 as a young Member of Parliament, became the father of a disabled child requiring 24 hour care.

In 2014 the inaugural Invictus Games took place. Established by The Royal Foundation of the Duke and Duchess of Cambridge and Prince Harry, the Invictus Games is an international sporting event for wounded, injured and sick servicemen and women.

Set up to use sport to inspire recovery, a passion of Prince Harry in his role as both a soldier and a sportsman. Over 400 competitors from 13 nations took part in the four day event. Lewis Hamilton, the Formula 1 driver, whose brother is disabled, became the first ambassador for the Invictus Games earlier this year. Lewis visited competitors to see how they were using sport as part of the recovery process and joined them in a wheel chair basketball match.

At the Invictus Games, Prince Harry took part in wheelchair Rugby, which was recognized as a full medal sport for the first time at the 2000 Paralympic Games in Sydney, Australia. It has since been featured at the Paralympic Games in Athens, Beijing and London.

The International Charter of Physical Education and Sport (1978) states that 'every human being has a fundamental right of access to physical education and sport' and although the benefits of sport are well publicised yet there are barriers for many who cannot access avenues to participation, including the estimated 15% of the population who have a disability.

UNESCO is the United Nations lead agency for Physical Education and in 2013, in response to this need a, UNESCO Chair at IT Tralee in Ireland was established and now leads a global partnership focused on the social inclusion of marginalised groups. Brian Carlin from Aspire Charity and myself representing SSF attended the opening ceremony in Tralee, Kerry, to which the President of Ireland spoke passionately about the need for inclusion.

Inclusion is now a whole new ball game across the UK with support from royalty, top politicians, international and global organisations and of course the general public. There's lots more to do, but the social agenda associated with the Paralympic legacy has made a good start.

This article was first published by SSF Tokyo in November, 2015. David Minton is founder and Managing Director of The Leisure Database Company