We All Want a Level Playing Field

We All Want a Level Playing Field 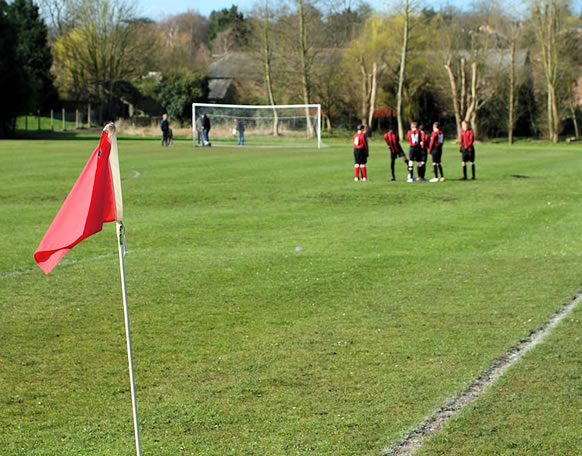 Don't you just love those David Attenborough natural history programmes where he passionately describes the plight of another endangered species? And following the programme the charity promoting the cause is inundated with donations from people like you and me who want to see the species protected forever. Playing fields are a bit like that but no-one is making emotive television programmes campaigning against their loss. This is strange considering how much they play a part in people's lives.

For those of us whose lives have been shaped and defined by sport we probably owe a debt of gratitude to a local playing field many years ago where it all began. And for the gifted few who are lionised in the media every week, playing fields are where their careers began. How often on radio phone-ins is the decline in grass roots sports participation, the obesity time bomb, the increase in anti-social behaviour and gang related crime or the latest ignominious England exit at the group stages of another World Cup blamed on the selling off of our playing fields? My heart misses a beat when these comments are made but then disappointingly no-one ever develops the argument.

So in the absence of a widespread and impassioned position on playing fields protection, here is some ammunition. The reason why playing fields are so vulnerable is all down to money. They are too expensive for local councils (who constitute 85% of all providers) to modernise, manage, market and maintain and of course they can produce a very attractive receipt if sold for housing. If money is going to be used as the reason why we get rid of playing fields then we must use a financial counter argument to save them.

For the last 126 years London Playing Fields Foundation has contended that playing fields and the sport and physical activity taking place on them can improve lives through achieving wider health and social outcomes. Specifically this might include improving physical health and well being, raising individual aspirations, engendering more responsible social attitudes and bringing communities together. A list of outcomes that are remarkably similar to those that underpin the government's new sports strategy Sporting Future.

However, it has been much easier to make these claims than prove them. That is until recently. In an effort to provide the evidence that playing fields can indeed improve lives, LPFF commissioned Substance to undertake some research over a 12 month period at one of its grounds in Walthamstow, east London. This seemed like a line in the sand moment as it was the first ever impact report on a playing field. Entitled Fields of Dreams, the report calculated that the organisations using Douglas Eyre Sports Centre from April 2014 to March 2015 delivered a minimum saving to the public purse of £4,805,929. The biggest cost savings were attributed to reducing crime and anti-social behaviour followed by health and well being.

We hope that this study will now provide greater awareness of the true value of playing fields especially for those campaigning against disposal. We want those councils contemplating selling off a field to think again because the long term health and social benefits make much more economic sense than flogging off a site for a one-off fee. In true David Attenborough style we are thinking about the next generation and not contemplating a future where the only sport available is on a computer game because we let all our pitches go.

So we hope that Fields of Dreams will inform and inspire others to ensure that playing fields (in the words of Sporting Future) are a "vital part of sporting infrastructure up and down the country and will always remain so."

RT @Sport_England: People are often worried that physical activity will make their conditions worse. The @Undefeatable campaign has been created to help more people with a condition find ways to be active that work for them. #WeAreUndefeatable

RT @Sport_England: We know Storm Ciara and Storm Dennis has caused damage to some facilities and we want to help. Emergency grants are now available. More info 👇