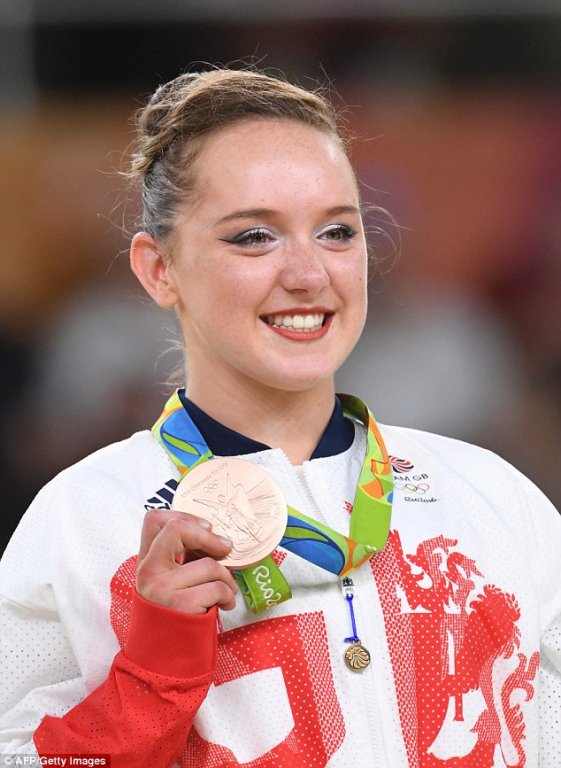 In the first throes of a new year the tendency is to look toward the future: my protean resolutions related to accommodating new habits, diets or a career change still retain some of their integrity (at the time of writing). However, like a man opening the fridge on Boxing Day and being faced by a Tupperware Hadrian's Wall, allow me to recall previous indulgences briefly.

In quantitative terms, I find it difficult to articulate how 2016's sporting apogees have influenced the landscape of 2017. The successes of Team GB at the Olympics and Paralympics was without doubt invigorating, but the challenge is now about mining the competition's bejewelled sporting accomplishments, and translating them for all members of society, no matter who they are or where they are from.

In reciting Team GB's summer sojourn in Rio, one can see the impact that British athletes have had on some of the UK's most 'undercooked' areas or populations. The gymnast Amy Tinkler, a proud child of the North-East, is an inspiration in waiting. Also, Matt Wylie's success in the pool showed the Wearside grittiness at its most resplendent.

In sum, the GB Olympic and Paralympic teams had a definite 'realism' about them: athletes from all walks of life riding roughshod on the pooterish 'sporting heroes' of the Premier League to deliver GB's biggest medal haul since 1988.

While the Olympics were not wholly free of venal activity – the prevalence of performance enhancing drugs and sporting misconduct for instance – there was a real sense among some of a positive relapse into the 'Spirit of 2012'. Sport England's 2016 strategy (and subsequent 'Coaching in an Active Nation: The Coaching Plan for England' rubric) notes the spike in people wanting to become coaches and trainers, and work in sport in general. How much of this is due to Team GB's efforts in 2016 is unclear, but it surely did no harm.

We all know the health benefits of taking part in physical activity and sports, including the endowment of what the scholar Richard Bailey refers to as 'Human Capital'. Here, physical activity and sport build employability skills, cognitive and physical resilience and help foster positive social relations. In fact, many organisations across many sectors are recruiting people with sporting backgrounds while encouraging current employees to become more active.

Today, the sad truth is that many young people are struggling to engage with quixotic school pedagogies or find gainful employment. Organisations such as Mentivity, Street Games and Greenhouse Sports (to name but a few) utilise the power of sport to reach out to young people, give them a voice and expose them to experiences that emphasise the development of employability skills.

One of the unheralded impacts of the 2012 legacy was the effect on businesses that were attracted to sport. The legacy has smoothed the pathway for businesses to rouse and promote change, upskilling young people in modern society to shift their tack to a more solution-focused or growth mind set.

As a result, young people are developing the character and resilience abilities that top the Department for Education's 2017 wish list. Moreover, young people are being encouraged to develop greater reciprocity with members of their super-diverse communities.

In 2016 Sport England released their highly-anticipated strategy 'Towards an Active Nation'. Within it, Sport England exclaimed their willingness to work with all comers in a bid to address the pandemic of inactivity and the incumbent health contraindications such as obesity and type 2 diabetes. The alleviation of such lifestyle conditions should serve to unburden the NHS and, in many ways, is correlated to the post-Olympic surge in optimism as us mere mortals attempt to emulate our new sporting superheroes.

In addition, the government's announcement of the Work and Health programme which targets the long-term unemployed, is pumping around £130m annually into improving the most vulnerable in our societies. This provides businesses with the opportunities to challenge some of our societal edifices, such as the employment gap between disabled and non-disabled professionals.

There is tacit acknowledgement that a significant stumbling block to employment is not only poor physical health but poor mental health. Improving individuals' health and wellbeing is the first step in getting them back into employment, and is an inherent part of the inspirational momentum of sporting achievement.

This is a boon for organisations concerned with sport; the growing number of young people inspired to develop their participatory, professional or academic interests in sport means a conveyor belt of potential employees is jolting into gear.

Team GB have excelled not just in their fields, but also as role models for a new generation of young people. It is now for the cadres in the corridors of power to build on these successes and, once and for all, demonstrate that they are able to harness the true power of sport.

Brendan King is Impact and Evaluation Manager at Greenhouse Sports