Is Culture the Next Marginal Gain? Part 2

Is Culture the Next Marginal Gain? Part 2 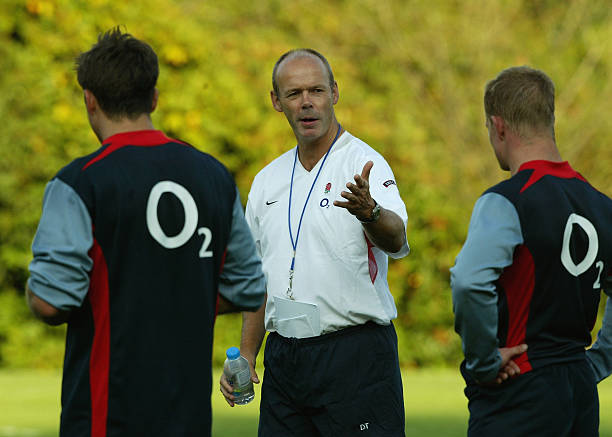 21st Century elite sport brings many challenges, especially as coaches and athletes look for those critical nuances needed for success. There were many examples in 2017 where the appropriateness of methods used within sport has been questioned publically.

These issues are often the result of the widening gap between the generations where, for example, veteran coaches work with millennial athletes: while one party may perceive their methodology as discipline or motivation, the other side sees it as bullying or intimidation. Incidents like this have further undermined the integrity of sport. It is therefore crucial that the sector reassesses its 'culture' at the elite level, and explores how this should evolve to ensure Britain's continuing success in the future.

At a recent Sports Think Tank discussion, assembled experts agreed that culture arises from 1) What you are trying to do, and 2) How you are going to do it. Essentially, through their leadership, management and the questioning of their approach, a team will be able to answers questions such as: What are our values? What are our traditions? How should we behave? And how do you want to be seen by others? In answering these questions a team creates its own identity and culture.

An Olympic medallist described the progression he made from an unsuccessful Olympics to a successful one, during which time a collaborative culture of success developed within his team and training group. He recalled developing his own 'voice', identity and strategy for winning, both in and out of competition. Crucially, this change occurred in parallel with a change of coach, who let the athletes take leadership roles and ownership of their development, illustrating the importance that coaches and managers have in establishing a successful culture.

Though we naturally assign great power and agency to the leader of a team or organisation, an expert panel explored whether culture is developed 'top-down', or 'bottom-up'. The answer is ultimately that both processes occur, but the main focus during this discussion was on the prominence of the leader-figure, rather than the individual athlete. It is the leader's role to take athletes' individual stories, goals and ambitions to define who the team is. It was agreed that the most effective leaders see their job as the 'gardener' who creates the environment for success to flourish.

Organisational culture is complex and multi-dimensional. It is hard to quantify, but it is something leaders have to do day-in, day-out. It is important to set an all-encompassing 'vision', and within this, goals that need to be continuously restated. One key aspect of the discussion was whether people buy into a higher purpose, something greater than winning, or if a team just succeeds on team members' passion for what they do.

Either way, a model for success that resonated among the discussion group was the culture at NASA that led a sweeping janitor, when asked by John F. Kennedy what he was doing, to reply, "I'm helping put a man on the moon." A collective understanding and identity with the main objective of the team, along with a highly developed understanding and self-awareness of an individual's role are both critical to successful culture.

Other elements of a successful culture were highlighted including: establishing clear goals that everyone understands and accepts; a high level of challenge to keep members of the team constantly outside their comfort-zone; and encouraging risk-taking and failure in a caring environment in order to improve how the team works.

On the question of how to deal with difficult members of a team, the maxim of 'change the people, or change the people' was agreed as the rule to live by. While no individual is worth sacrificing the team for, there was consensus that everyone is 'coachable'. Finding the right route or method for each player is critical to affecting behaviour change in any individual. As one panellist said, 'it is the coach or leader's job to know each member of the team bone-deep'. Providing knowledge of the impact of an individual's behaviour on a group can be achieved through a myriad of feedback, coaching and awareness-raising tools.

Above all, leaders must show consistency in treating everyone equally: volatile or inconsistent behaviour from a coach could be the catalyst to creating adverse reactions and behaviours among individual members of the team.

The session concluded with a discussion about story-telling. Story-telling was championed by all the panellists as a vital method by which culture is strengthened and maintained. It ensured that older athletes where able to informally share with new or younger athletes the team's culture. All the panellists believed that story-telling was the gold dust needed to measure culture and it was a key building block for success.

Athlete welfare is a serious issue in sport and must be a priority for sports clubs and teams at all levels. The recent Duty of Care report highlights the importance of maintaining success in elite sport but not at the cost of athlete safety. Athletes at all levels must be trained to the best of their ability, but also respected and motivated by means that are not controlling or exploitative. They must be protected from the physical and emotional abuse that is constituted in some coaching styles that mistake motivation for bullying and coercion.

Finally, what might grassroots sport learn from the cultures of elite sports groups? While the community sport environment and the associated goals are very different, community sport and participation-based organisations are still teams of people working together to achieve common aims. It is worth wondering what could be achieved if we could only we could replicate some of the culture in organisations responsible for community sport that, in elite sport, has taken Team GB from 36th to 2nd in the Olympic medal table in the last two decades.

Luke Regan is Researcher for The Sports Think Tank. The above article is a report on a roundtable discussion chaired by Richard Parker and led by expert panellists from the FA, RFU and Team Sky, as well as an Olympic medallist.

Realising the legacy - Can Birmingham 2022 deliver a legacy from the Commonwealth Games?
sportsthinktank.com/op…

Surely government can’t keep announcing this so late in the day and for one year?

Surely government can’t keep announcing this so late in the day and for one year?

RT @SportsLeaders: Each year, we choose one of our Sports Leaders to be Learner of the Year based on nominations from tutors. It’s always a tough decision for our judging panel, but we’re delighted to to introduce this year’s finalists and overall winner; keep an eye out for some announcements…

RT @TheBAC: 🗣️ "I can't emphasise enough that safeguarding isn't a luxury for an organisation, but should be at its very core."

After the publication of the Whyte Review, our Head of Safeguarding spoke in Parliament this week, on the improvements needed in sport.

Did the 2012 Olympics and Paralympics deliver the much vaunted Legacy promised in the lead up to the Games.
What do you think. 2 Minutes to let us know ?
ow.ly/70jm50JyTGT