Nudged Off the Sofa?

Nudged Off the Sofa? 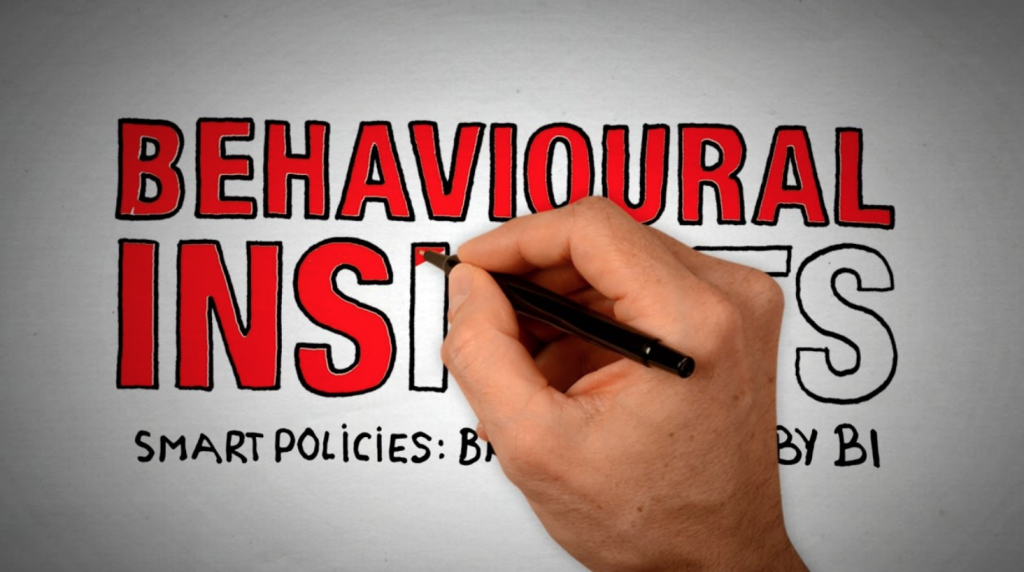 Behavioural economics is the application of research in cognitive and social psychology to the economic decisions made by people or groups in the real world, particularly those to do with finance, but it has been applied to many areas of public policy. It entered the public consciousness in the UK with the inauguration of the Government's Behavioural Insights Team, or 'Nudge Unit' in 2010. It was co-founded by David Halpern, who recently gave a lecture on the discipline hosted by Pro Bono Economics.

The philosophy behind the nudge unit, and the broader study of behavioural economics, is to normalise a new approach to public policy, one that is evidence-based and where scientifically informed ideas are thoroughly tested before being rolled-out to the population. This, as Halpern stated in his presentation is in contrast to the historically (and currently) employed approach of simply just implementing good ideas on a broad scale because they sound intuitional, or they seem to have worked in other settings, or other countries.

This premise is rooted in the reasoning provided by numerous examples of expensive policy ideas that have not worked, or indeed have made things worse. One instance of this is the 'Scared Straight' programme: a previously funded intervention that shows vulnerable children the consequences of drugs and gang violence. Originating in the USA, participants susceptible to becoming involved in gangs were identified and taken on tours of hospitals, addiction clinics, morgues and prisons.

Far from reducing the likelihood of participants getting involved with drugs and gangs, young people on the programme actually became on average 13% more likely to engage in criminal activity following the intervention (Wilson, 2011). These results were exposed by randomised controlled trials (RCTs), the importance of which cannot be underestimated in measuring the effectiveness of social policies or innovations.

Nudging has been criticised however for basing policy on results inferred from isolated studies, or research that has not been thoroughly tested and replicated in 'real-world' settings and, while the effects from randomised controlled trials can be powerful, they can fade over time leading to potential loss of investment in policies that only work in the short-term.

Furthermore, nudges are often seen as addressing the symptoms rather than the cause: while educational attainment and lifestyles behaviours can often be improved through simple interventions, it is most often the case that wider systemic problems such as a lack of funding are the primary causes of underachievement in schools or health problems from poor lifestyle choices.

'Nudging' and associated psychological principles like commitment and loss aversion have been shown to impact on choices in physical activity on a small scale. However, on wider issues, the sport sector is struggling for an evidence base at the moment and needs behavioural insights, backed up with some research evidence from RCTs in order to gain leverage with policy-makers and increase the lobbying power of the sector. Whether a behavioural economics approach can help address a large-scale problem, like engaging disadvantaged and hard-to-reach groups in physical activity, remains to be seen.

The efficacy of nudging is a timely consideration given the recent implementation of the levy on sugary drinks, and further talks of a minimum unit price for alcohol. With significant backing from health professionals, the tax was anticipated to generate a large financial windfall for the Treasury which could be used to fund schools sports programmes and further promote healthy lifestyles.

The original forecast of £500m however has since been downgraded to £275m and some are reportedly predicting that the real figure will turn out to be even lower. Moreover, is a nudge like taxing sugar the most effective and sustainable means of encouraging healthy consumption behaviours?

Both businesses and consumers have shown in the past that they do not always react to policy in the way intended by the policy-maker and if customers just change their habits to get their sugar somewhere else, the schools and lifestyle programmes which were told they would benefit from a sugar-tax windfall will be left short-changed.