Safe Standing at Football Campaign - on the Cusp of Success?

Safe Standing at Football Campaign - on the Cusp of Success? 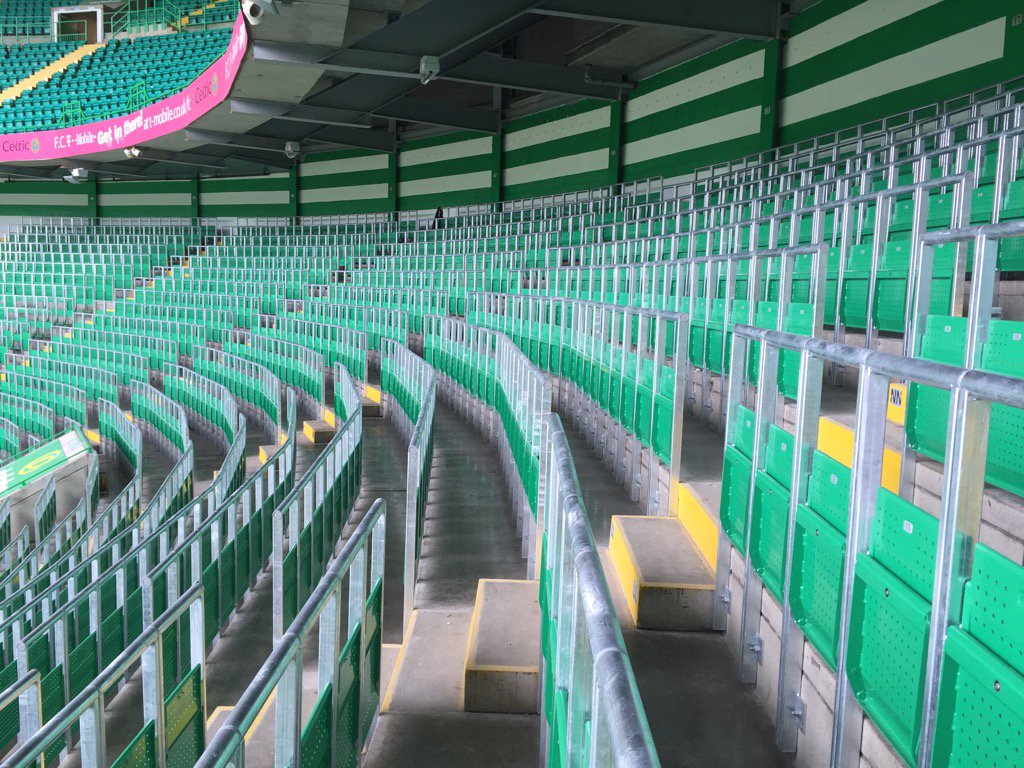 When is a stadium seat not a seat? According to current Government policy when it has a high back designed to ensure that celebrating football fans don't fall over.

Now, you'd think that given the keen focus these days on health and safety that any enhancement to sports ground infrastructure that promised to prevent accidents would be fully backed by the powers that be. When it comes to seats in football stadia, however, that is sadly not the case.

Let me provide a little background. The majority of professional football clubs' grounds in England and Wales are allowed to provide "only seated accommodation". That is, they have no terraces. This situation came about as a result of Government policy put forward in 1989 to counter hooliganism at a time when it was still erroneously believed that hooligans, not appalling inadequacies in crowd management, had led to the deaths of 96 fans at Hillsborough. The policy idea was simple: remove terraces and you remove hooligans. A very blunt approach that some would say odiously implied that fans who like to stand are all up to no good and, by extension, that this included the 96.

It is a view that nobody would subscribe to in 2018. Yet the standing ban based on that false narrative remains in place.

Now back to that seat that is not a seat.

An unintended consequence of the move to all-seater stadia has been the unfortunate introduction of a new risk to spectator safety, namely that of fans choosing to stand in front of their seat and then, during wild celebration of a last-minute winning goal, falling forward over the low back of the seat in front. With thousands of fans choosing to stand every weekend at every Premier League game, this has become a common occurrence.

Seats with high backs designed to prevent such falls would eliminate this risk. And such seats exist. They didn't back in 1989/90, so to an extent the decision at that time to insist on all-seater stadia can be understood. But they do now. And clubs want to install them. But the Government won't allow it.

The seats in question have been christened 'rail seats'. As the name suggests, the seat frame incorporates a sturdy rail. This is at waist height and each seat unit joins to the next, thus forming a continuous barrier along the full length of every row of seats. A fan standing at their seat can neither fall forward nor have anyone fall onto them from behind. Any risk of what safety experts call 'progressive crowd collapse' (the domino effect to you and me) is totally eliminated.

In Scotland the law that bans terraces at 71 grounds in England and Wales does not apply. Consequently, Celtic were free to install nearly 3,000 rail seats in summer 2016. For the last two seasons their fans in that section (representing about 5% of the total ground capacity) have thoroughly enjoyed themselves, been totally safe and won plaudits from far and wide for the atmosphere that they create. Importantly, Police Scotland and the club's stewards have also deemed it a huge success.

In England, West Bromwich Albion submitted a formal application late last year to create a rail seat section of a similar size at their ground. Their application was based exclusively on enhanced safety. It was backed by their Safety Advisory Group, which includes representatives of West Midlands Police and the Government's own Sports Ground Safety Authority. Yet it was turned down.

The upshot of that decision was 110,000 signatures on a Government petition in near record time and the granting of a debate on the introduction of safe standing in Westminster on 25 June.

Given that one would expect a Conservative government to believe in delegated responsibility and not micromanaging from the centre, I can't believe for a minute that they want to be in the business of defining what is or isn't a seat, let alone telling clubs that they cannot enhance spectator safety because a certain design of seat is not allowed. I have to believe that they feel their hands are tied. There is at present no formal guidance from their safety experts, the Sports Ground Safety Authority, for the use of rail seating in all-seater grounds in England and Wales. Until there is, I imagine that they would not want to usurp the SGSA's authority by ruling unilaterally that such seating is permissible.

It is understood, however, that in its latest edition of the Guide to Safety at Sports Ground (also known as the Green Guide) the SGSA will include detailed guidelines for the use of such seats.

Upon publication of the Guide, scheduled for this September, the politicians' hands will thus no longer be tied. Seats with high backs designed to ensure that celebrating fans don't fall over will then officially be seats and the politicians will, I'm sure, be relieved that they no longer have to hold clubs back from making entirely sensible enhancements to spectator safety. 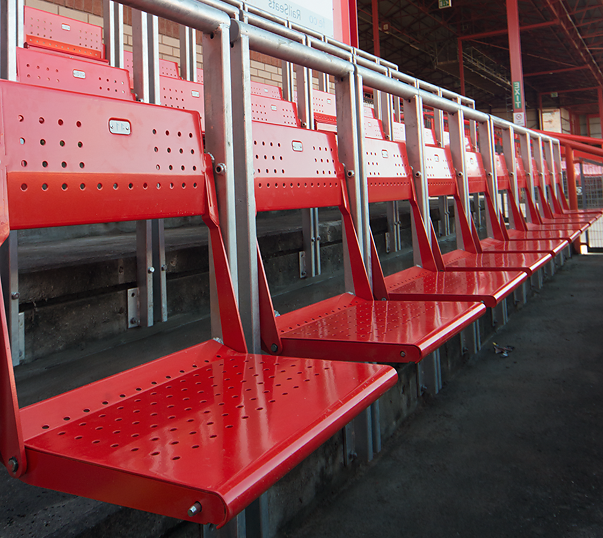