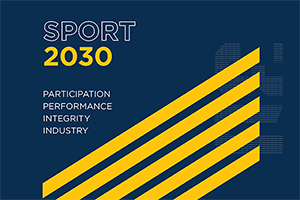 The Australian National Sports Plan is moving to a broader approach in an effort to get the country more active, more often

In elite sport, Australian and UK policy makers have often cast a glance at each other to get the competitive edge, resulting in many similar ideas over the years. For example, the Australian 2012 Winning Edge policy mirrored UK Sport's model of prioritising funding for sports that were likely to medal at the Olympic Games.

Now there appears to also be similarities in community sport policy. Australian national sport policy has historically focused on elite sport, but the new National Sports Plan has signalled a change in policy focus to increase priority for community participation, aligning itself more closely with the UK approach. The previously named Australian Sports Commission (ASC) has even rebranded itself to be Sport Australia, sounding similar to the national community sport bodies in the UK (e.g. Sport England).

Australia's change in policy focus has gained prominence in the last few years, with many similarities to UK policies. One example is Sport England's 'This Girl Can' campaign, which was recently introduced by VicHealth, a state government agency, in the state of Victoria, whilst this new national policy also signals a move away from just organised sport to include more generic physical activity.

One key shift in Australia's new sport policy is that Participation is the first listed of the four priority areas:

It may well be a deliberate strategy to highlight Participation above Performance. Australians, like many populations in developed countries, suffer from high levels of sedentary behaviour and few people meeting the physical activity guidelines for healthy lives. Australian Sport policy was previously quite limited to organised sport and in Australia, that means community club-based sport. The previous definition of sport was 'A human activity capable of achieving a result requiring physical exertion and/or physical skill which, by its nature and organisation, is competitive and is generally accepted as being a sport'. But now when Australia talks about sport and sport policy, it will be about a broader range of physical activities including the traditional structured and organised sport, but also (for the first time) informal, unstructured activity including walking, and new and evolving activities such as mixed martial arts, "ninga" style obstacle courses and stand-up paddle boarding.

The outcomes have changed from previously national sporting organisations having to increase club-based sport numbers each year to now a more holistic and population-based approach to a participation target of "by 2030, 15% more Australians participating in at least 150 minutes of moderate to vigorous activity each week."

Whilst this is a much broadened approach and a much needed one in terms of the health crisis of inactivity, it will be interesting to see what specific strategic actions are put in place, and the measurement and evaluation of this plan, because as it stands, it is light on the measurement of these targets.

Though Sport Australia have used a number of similar strategies to the UK, UK sport bodies could similarly consider embedding the National Sport Plan's inclusion of integrity and sport diplomacy in their future sport plans. The pattern of similarities between Australia and the UK is likely to continue for many years to come, with joint learning opportunities to improve the future physical activity, sport and health outlook across both countries.

Rochelle Eime is an Associate Professor at Victoria University and Federation University in Australia. She leads an award winning research team for a project called Sport and Recreation Spatial, which works with many sporting organisations to integrate data about sport and recreation participation, sport and recreation facilities, population demographics and population health from multiple data custodians. Rochelle's research focuses on: participation levels and trends; influences on participation; the value of sport: the health benefits of participation; and places to play: the nexus between facilities and participation.

Claire Jenkin is a Senior Lecturer at the University of Hertfordshire, researching and lecturing in sports development, sport participation and sport for social change. She recently finished her PhD in older adult sport participation at Victoria University in Australia, working with the Australian Sports Commission and numerous national sporting organisations. Prior to entering academia, Claire worked in sports development in the UK.