Squash & the Olympics: A perfect match

Squash & the Olympics: A perfect match 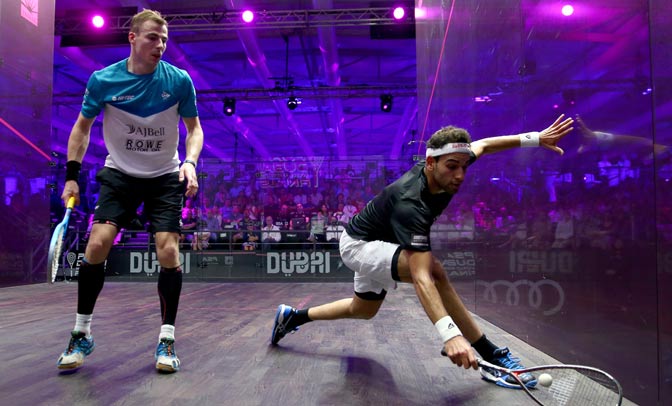 Following this week's announcement of £3m investment from UK sport in unfunded Olympic and Parlaympic sports, Peter Fozard makes the case for the sport of squash to be re-admitted to the Summer Olympic Games

Tokyo is set to host the largest Olympic games in 2020 with 339 events in 33 sports after the International Olympic Committee (IOC) admitted 5 new sports: baseball/softball, karate, sport climbing, surfing, and skateboarding. However, squash was unsuccessful in gaining Olympic status for the third time, to the incredulity of the squash playing community worldwide.

Why is squash perceived to be unworthy of Olympic status? According to the IOC a new Olympic sport has to bring added value, have global popularity (particularly to youth's) and be attractive to TV, media and sponsors. Squash has a very strong case for each of these, here's why. See the World Squash Federation's promotional bid video here

Squash is a racket sport played on a 4-wall court between 2 players (4 players if you play the doubles version of the sport) with a hollow rubber ball where the objective is to win 11 points to win a game and a player must win 3 games to win a match. Players take it in turns to hit the ball against the front wall and play a "winning shot" to win a point, either by getting the ball to bounce twice or force your opponent to make an error by hitting the ball "out of court".

Regarded as the healthiest sport in the world by Forbes magazine and is colloquially known as "chess on legs", professional squash players are considered amongst the fittest athletes in the world. The herculean physical, mental and tactical effort it takes to win at the highest level is evident with the longest recorded matches lasting over 2 hours and professional players possessing the capability to play matches of this length back to back in a tournament. Squash unequivocally fulfils the Olympic motto of "Citius Altius Fortius" which translates as "Faster, Higher, Stronger". This clip of a professional squash rally displays the athleticism of the best players in the world, here

Popularity: Does squash have worldwide appeal?

According to the World Squash Federation there are approximately 20 million squash players of all ages globally playing on 50,000 courts in 185 countries. Squash's popularity has seen its successful inclusion in several multi-sport events including the Commonwealth Games, Pan-American Games, World Games and Asian Games. Squash has a particularly high appeal with youths on the Olympic stage. To lead this charge, 36 young squash players from 27 nations spread across the globe experienced the sport's first taste of Olympic competition at the Youth Olympic Games in Argentina.

The Professional Squash Association (PSA) governs a vibrant professional world tour for nearly 1000 registered professional men and women competing in 100's of tournaments across the globe to climb the PSA world rankings. The largest annual events on the calendar are the World Championships, British Open Championships, US Open, Qatar Classic, and Hong Kong Open. The professional circuit has players competing from over 75 countries with 47 of these hosting professional tour events in recent years and each continent has produced a world champion.

Is squash attractive to TV, sponsors and the media?

The PSA has made huge strides over recent years to ensure squash is well received by the broadcast media with its leading live and video-on-demand website Squash TV. A full-time team of commentators, camera crew and support staff travel the world to cover all major events and harness innovation and technology to enhance the spectator experience. Technologies including portable all-glass show courts which can be erected in almost any location, referee video reviews, real-time player data and multiple camera angles have all contributed to squash's highly exciting spectator experience and consequently it is now streamed by several leading broadcasters including: BBC, ESPN, BT Sport, Eurosport, DAZN, Eleven Sports Network, Bein Sports and many more.

Squash's next opportunity to be included into the Olympic programme will be the 2024 games in Paris. With France having produced multiple squash world champions, British open champions and world number #1's including Greg Gaultier, Thierry Lincou and Camille Serme. With this in mind squash certainly has an advantage with its popularity amongst the host nation. The IOC is to announce its schedule of actions and procedures for new sports to be included in the 33rd Olympiad in 2019.