Pioneers in Sport: Preparing the Next Generation of Leaders in the Sports Industry

Pioneers in Sport: Preparing the Next Generation of Leaders in the Sports Industry 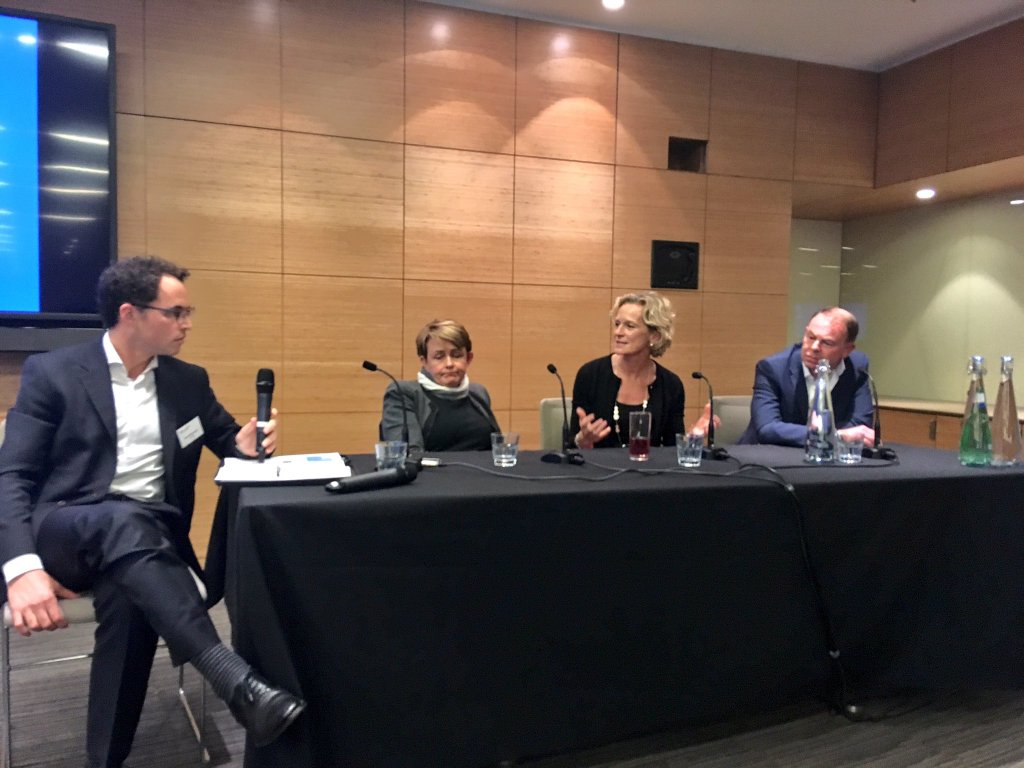 Pioneers in Sport presented their latest event in October with a panel discussion on the future of the sport sector. Entitled "Preparing the Next Generation of Leaders in the Sports Industry", the subject matter touched on several current issues in sport with a view to building a clearer picture of what can be expected during the next few years.

The event was hosted by Pioneers in Sport co-founder Eddie Marshbaum and on the panel were Baroness Tanni Grey-Thompson; Andy Parkinson, CEO of British Rowing, and Annamarie Phelps, Vice-Chair of the British Olympic Association. Questions to and collective responses from the panel are summarised below.

The panel were first asked to give their answers to the question: Are we in a new era for sport? Since the Olympic success that Great Britain has enjoyed, it's fair to ask whether things have changed significantly in the UK sport sector, with respect to issues of integrity, governance and funding. The panel's response was firmly in the affirmative.

The panel cited some of the challenges that sum-up this new era including the duty of care and how the drive for medal success has led to some questionable behaviour from those with athletes under their supervision. Funding was also named as a related challenge to the sport sector in this new era, with a notable tension between the ongoing professionalization of sport, the acquisition of revenue and the duties of governance.

The second question posed for the panel: Was the new governance code necessary? Since the Government mandated the adherence to a new code of governance for sports organisations as part of the new strategy for sport, the policy has drawn mixed opinions. The panel agreed that national governing bodies (NGBs) have all worked hard to implement the new code, but there was a feeling that the 'one size fits all' approach has not suited some smaller organisations.

It was stated that the code was politically motivated and has been very de-stabilizing—part of an accelerated professionalization process that has left some parts of the workforce, particularly volunteers, feeling unwanted and under-valued. Conversely though, it was also noted that this has helped refresh the sector and bring in some newer and younger talent.

Thirdly, in response to the question: Why now for the Duty of Care report? It was stated that standards in care, highlighted mainly by high-profile cases and journalistic interest, were seen to have slipped and the report was designed to raise issues and strengthen the necessary checks and balances on culture and behaviour.

It was collectively felt by the panel that implementation of the recommendations from the Duty of Care report, such as a regulatory ombudsman, would be difficult to expedite. Possible reasons for difficulties in implementation were cited as a lack of leadership around these issues; inertia surrounding NGBs; and the reluctance of stakeholders at every level to apply pressure to change the habits of 'winning' teams. This, it was said, can be traced back to the historical increase in funding sport has received and the subsequent success enjoyed by Great Britain at the Olympics.

Despite the lack of implementation however, it was stated that the Duty of Care report has brought about a new, more open environment in which athletes are more confident in raising issues and speaking out about their experiences. Furthermore, many sports are now more focused on delivering performance lifestyle advice to athletes and their parents, as well comprehensive inductions for potential athletes including preparation for the rigours of full-time competition and eventually for their retirement.

During a brief, final Q&A with the audience, the panel was asked a handful of questions based around what can be expected in sport over the coming years and what the future holds for its leaders. While, in general, there was optimism, the panel recognised a number of challenges to be faced, not least the tricky balance between striving for success and pushing so hard that it becomes detrimental to the health of athletes, as highlighted in the earlier duty of care debate.

It was suggested that athletes' views will increase in importance in terms of driving future working practices and holding leaders to account and, despite the ongoing challenges, the UK is ahead of the game in terms of sports governance and our attention to these issues is increasingly gaining the UK influence among international governing bodies. Interestingly, among the final thoughts of panel-members, the majority felt that the days of Olympic primacy are numbered and that The Games is under threat unless the Olympics is able to reinvent itself.

The discussion was an interesting reminder of some of sport's key issues, among them several debates that The Sports Think Tank have highlighted as key to the future of sport in the UK, including the imperative to establish clear and strong leadership for the sector, as well as joined-up thinking to guide it.

Eddie Marshbaum and the Pioneers in Sport organisers succeeded in putting on another stimulating, relevant and informative industry event with engaging panellists from the top levels of sports governance. For more information on Pioneers in Sport and their events visit: https://pioneersinsport.com/