Duty of Care and Culture in 21st Century Elite Sport: The Role of the Psychologist

Duty of Care and Culture in 21st Century Elite Sport: The Role of the Psychologist 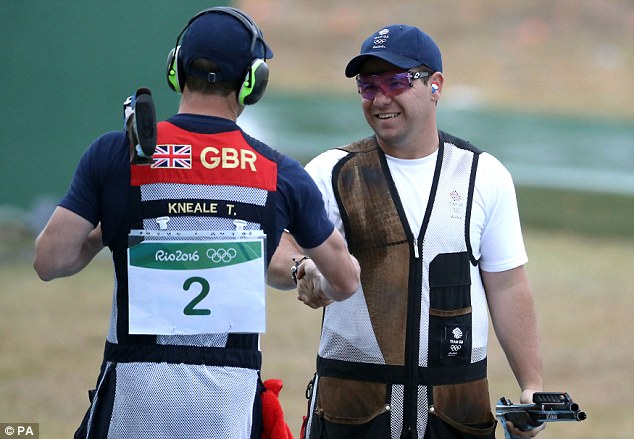 It may not be immediately obvious that a presentation by a sport psychologist on his work would contain many themes relevant to policy in sport, but a recent talk by Lead Psychologist at British Shooting Paul Hughes highlighted many policy issues and their impact in the context of day-to-day work with elite athletes.

Not the least of these issues is duty of care. Further to the theme of The Sports Think Tank's panel discussion on culture in elite sport last February, Paul gave some insight into establishing and maintaining a successful culture in his role with Team GB. Much like the experts assembled by The Sports Think Tank last February, Paul championed story-telling as a powerful means of achieving a harmonious culture and as a way to promote desirable behaviours and create safe spaces for people to open up about themselves and their concerns or issues.

Paul described how this and other responsibilities in his job marked out his role as a kind of systems-designer and cultural architect, duties that have only recently become relevant to the role of the sport psychologist of the twenty-first century.

Psychologists in sport now operate beyond just mental skills and performance-enhancement, the job now requires leadership and associated skills in order to help develop people's athletic abilities and simultaneously fulfil a highly topical and important role: the psychologist as guardian of mental health.

On this topic, Paul was upbeat about the overall standard of care in British sport. When recruiting new talent, British shooting now gives comprehensive inductions and uses interviews emphasising informed choice to select athletes for funding, as opposed to simply going by objective performance measures.

British Shooting also now offers 6 months sport psychology and performance lifestyle advice for elite athletes after retirement. To further safeguard athletes, Paul reported that a mental health delivery plan for every UK elite sport is in the works, incorporating a mental health referral system and a role for a clinical supervisor to intervene and oversee when any problem presents itself that goes beyond the expertise of the sport psychologist.

The other overriding issue that coloured this presentation was funding. Like every member of the team, sport psychologists are under pressure to deliver results in a climate that demands medals in order to secure future funding. Britain's shooters achieved 2 bronze medals at the Rio Olympics and one of those medals was in a discipline that has since been removed from the Olympic programme.

Emphasising the fine margins and the prohibitive cost of shooting as a sport (it costs £1 for every single shot taken—around £250,000 per year was spent by British shooting in the lead-up to the London Games), Paul spoke of the need to make shooting sustainable as a sport and less reliant on government.

Meanwhile, as part of a long-term strategy to justify the funding, elite sports like shooting are incorporating community contributions and volunteering from their athletes and staff, which simultaneously supports athlete well-being, dovetailing nicely with the upcoming mental health plan.

It's relatively early days since the recent Duty of Care Report led by Baroness Tanni-Grey Thompson, and there's certainly no room for complacency in assessing the state of play in UK sport when it comes to athlete welfare.

Paul Hughes's optimism nevertheless echoed the sentiments of Andy Parkinson, Tanni Grey-Thompson and Annamarie Phelps when they agreed that elite sport in the UK has reacted quickly to concerns around duty of care and that many athletes can now enjoy working in an increasingly safe and open environment. Let us hope this is a trend that continues.

Luke Regan is Researcher at The Sports Think Tank