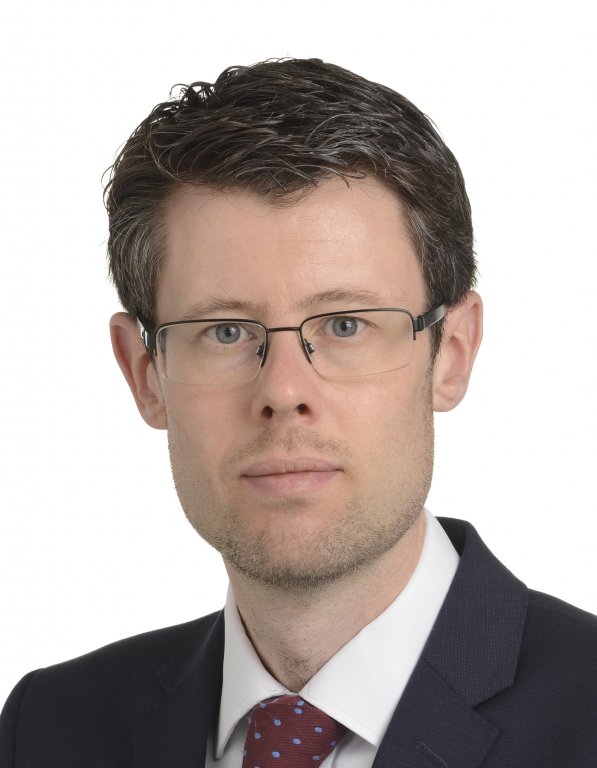 It was more than noticeable that in last night's TV public information broadcast from the Government that exercise was omitted from the permitted reasons for leaving our homes. It is feasible this now marks a policy shift with possible moves to further restrict time outside the home.

Like many, I'm missing my usual ways of getting exercise and staying active. My weekly tennis match - twice a week when time allows - is an important feature of my week. It's the best exercise I get and I know its good for me physically and mentally. That said, I know that closing tennis courts is insignificant and trivial in the scale of the national effort against coronavirus.

I've been finding new ways of exercising at home but this period is undoubtedly setting us challenges on how to stay active, particularly for those of us who usually rely on sports with others and team games for exercise. For me, solo distance running remains a grind yet to be cracked. I've built in daily walks taking in new routes from my front door, like many seeking to get maximum benefit from the permitted hour.

Government policy currently permits leaving the house for one hour of exercise (alone or with members of your household) and many have welcomed this policy stance. Building exercise and physical activity into the official policy response to coronavirus should be welcomed as a positive step; and it's clear people are continuing to jog, run, walk or cycle within the parameters of the new rules. As part of this, the Government could have made moves to reclaim lanes of the largely empty road space to support social distancing for cyclists and runners.

From following the policy responses to coronavirus in other countries, many of us reached the conclusion several weeks ago that a form of lockdown and strict social distancing was ultimately inevitable here. Many questioned the Government's approach, urging them to reach the point of implementing this sooner than they did. Clearly, there's research on the duration of likely compliance at population level of such measures which has played a part in the Government's decision-making, and there will be inquiries and scrutiny in the months to come on the sequencing of decisions.

A frustrating feature in recent days has been the discussion about how and when the lockdown restrictions might be lifted. Tracking experience in other countries and the data on the virus spread shows that public discussion along these lines is premature, and risks sewing perilous seeds in peoples' minds. It has been suggested that the coming Easter weekend and the days that follow could be a crucial period in the UK and securing full compliance with the Government's measures is absolutely essential.

That's why it is also likely that the lockdown could well be extended in form and in length in order to reinforce the national effort and to reduce every conceivable moment of social contact that lends the virus a chance to spread. Discussion in the press today speaks of a possible extension of the arrangements into May.

If the primary objective of the Stay At Home policy is to reduce social contact - planned and unplanned - then anything which openly permits leaving the house and thereby increasing the chances of such contact runs the very real risk of weakening the policy.

Every instance of social contact between people is an opportunity for the virus to spread further. This week's decision in Paris to ban outdoor exercise between 10am and 7pm shows that local and national administrations are now adopting new policy stances to reduce those chances of spontaneous, inadvertent social contact. We are seeing clear moves through a scale: an initial push for proactive, voluntary social distancing to urged compliance and now to assertive enforcement, with new policing powers coming online this week.

The Health Secretary very recently hinted - and deliberately - that further measures may be taken to bolster Stay at Home compliance. It is highly likely that questions are been asked about whether the one hour permitted exercise is undermining the overall policy objective, and given reports, the same question can be asked of some employers and workplaces. There's numerous reports of workers in non-key jobs still been asked to attend workplaces.

Any further curtailment of the ability to exercise outside the home clearly presents some very obvious and challenging consequences. People who have homes without gardens, in flats and apartments and households not in easy reach of large public parks would be painfully disadvantaged by such a move. Some have suggested bringing in managed access schemes for parks in areas of high-rise flats and precious public, open space. This is practically difficult and would be a further and complex task for stretched local authorities.

Messaging which seeks to discourage people from using the entitlement of one hour exercise outside the home may also bring problems in sustaining the lockdown and social distancing. Granting this as one of the four reasons for leaving our homes was clearly drawing on behavioural science and psychology, an attempt to make an unprecedentedly policy intervention less draconian and more likely to capture the public support and goodwill essential to its effectiveness. The mental wellbeing benefits of exercising outside - everything from a fast-paced run to a gentle walk - are well understood.

In recent days we have begun to see much more prominent messaging from Government and public bodies focussing on exercising inside the home. My instinct is that the sudden and very noticeable push of the #StayInWorkOut campaign is now preparing the ground for a more assertive enforcement of the lockdown.

I think the Government will want to resist removing the hour of permitted exercise outside the home. It would be seen as a very unpopular policy choice and would risk undermining the levels of compliance we are seeing.

It is likely we see a noticeable downgrading of the messaging around the one hour of exercise as one of the acceptable reasons to be out and about. The omission of exercise as a reason for leaving the home was noticeable in last night's information broadcast.

Recognising that for some exercise at home is just impossible - people who live in flats, who don't have gardens or who live in overcrowded accommodation - and that there are widespread mental wellbeing implications of banning outside exercise altogether, the message may well shift towards 'if you can exercise at home, we urge you to do so'.

I have spent years advocating and campaigning for ambitious public policy to promote exercise and regular physical activity. A few years ago I initiated a citywide programme to install free-to-use outdoor gyms across Leicester which are now taped off and firmly and rightly off bounds. Our understanding of this terrible virus tells us that firm and enforced social distancing is absolutely critical and longstanding public policy objectives now need to adapted to meet these new circumstances, that may well last for sometime.

There is a risk now that anything which undermines the crucial, overcharging Stay at Home message could have extremely serious consequences for the societal effort against Covid-19. This isn't just about the irresponsible minority who have chosen to ignore, exploit and dangerously flout the Government's guidance - I do believe it is a minority, and that in the majority we are a nation of sensible people recognising how vital this common endeavour is.

But, it is about the fact that having a lengthy set of exceptions to a rule (and four is lengthy in terms of public understanding of core and important public policy message) undermines the securing of widespread understanding and support of the crucial, overarching policy message.

Those of us who usually encourage and urge policy-makers to go further and faster on efforts to promote exercise and physical activity must continue the work to adapt these policy goals to this new situation. The national effort against this terrible virus demands that everyone in all sectors supports measures to reduce social contact and the wider national effort.

This needs creativity and innovative, both in our own plans for wellbeing but also in contributing ideas across our networks and communities for staying active at home. Sport England, several NGBs, charities and countless leisure and public health teams in local authorities are doing fantastic work encouraging at-home exercise plans and activities. It's important that there's now a clear, identifiable banner in #StayInWorkOut for these efforts.

There's many really good examples to point to, but this weekend I'm planning to walk the 8.5 miles of the Monsal Trail up and down my stairs and dining room, via the Peak District National Park's walk at home challenge. Many of these initiatives and campaigns rely on the reach of social media and some attention needs to be paid to getting these messages out in non-digital ways as well.

The Government has been right to promote exercise and physical activity as part of its coronavirus response. It's been particularly welcome to see the mental wellbeing benefits of exercise locked in as part of this approach. However, the shift in Government messaging these last few days would suggest moves towards stronger encouragement to exercise at home if possible, and to reduce time outside the home to the absolute bare minimum.

It is not unfeasible that the point could be reached where we are actively discouraged from leaving our homes for exercise. A more lengthened and more assertive lockdown policy will present a unique challenge to keeping the population active, but as content across #StayInWorkOut and more widely is showing, it's a challenge many are already embracing as part of the national effort.

Rory Palmer is one of our Advisory Board. A former MEP and previously Deputy City Mayor and Health & Wellbeing Chair at Leicester City Council

The landing of the activity message has given many responsible for delivering it hope for the future. Making the case has not always been easy in some councils and some DPHs are still sceptical about the value and the motive of sport and leisure providers, in some instances justifiably so as they have chased the commissioning cash. But the sector now faces a crisis. The provider market has created contracts that are based on very low margins and are now about to fall over without new subsidy. At the same time austerity has driven up efficiency through price and additional use but at the expense of poorer communities where health needs are greater and will now get worse. If councils are to be encouraged to ensure contracts even those with trusts remain viable going forward by increasing subsidy this must involve resetting the contracts so that priority is given to increasing activity among those in greatest need so that we can try to tackle the widening health inequalities. To do this will require significant leadership both politically and professionally. The challenge of today could turn out to be our best opportunity.

RT @_ukactive: We are proud to be partnering with @NHSEngland, @Sport_England and @NASPTweets to create a new scheme that supports people in managing their health by connecting social prescribing, fitness and leisure activities in local communities.

RT @TjHaworth: @sport_thinktank So what does Plan B look like? Is this time for the sector to lead the conversation rather than B the victim of decision makers. How can the sector rally to lead a plan?