Health and the Global Community: Part I

Health and the Global Community: Part I 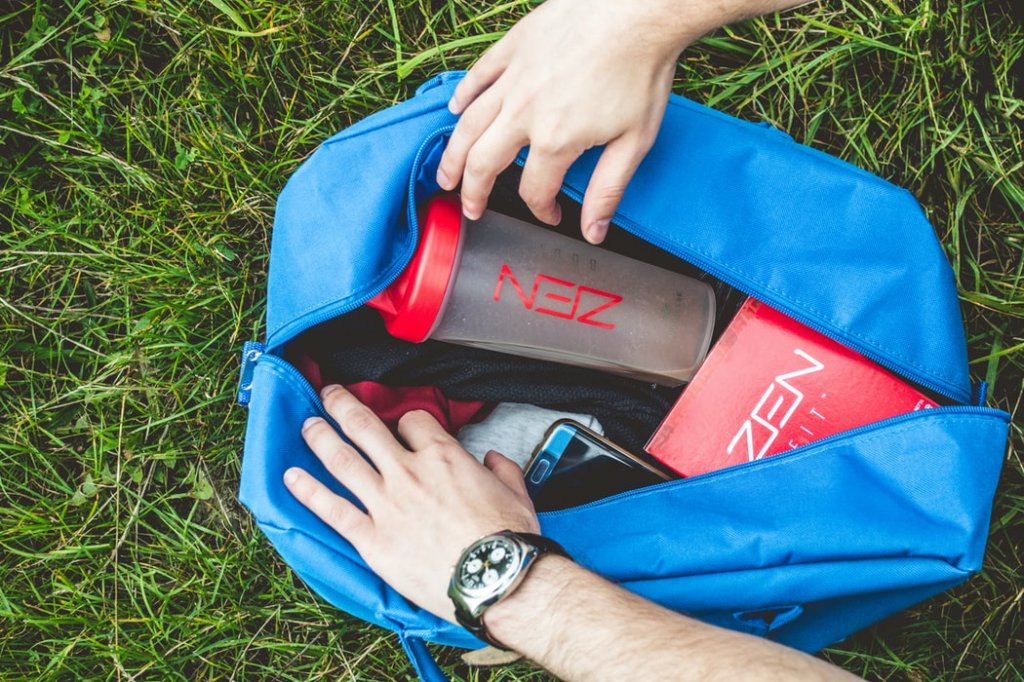 The current Covid pandemic has swiped the human species like few events before. In early September, we have 25 m. cases and are heading for 1 m. fatalities. It is an historic challenge to the international community of states. And it is an existential threat to the global community of peoples.

Overwhelmingly, our attention is focused on containment and eradication, through collective response – through both political action (lockdown; tracing) and medical (vaccine development).

For its part, herd immunity is rightly critiqued, over the short-term for triage of the elderly, and over the long-term for the unlikelihood of getting to the required threshold (50% to 83% of the population).

But, what might be the collective outcome of our total individual responses to Covid through a different medium? What might be the implications of individual fitness for the pandemic – which is a global phenomenon? This is the area I happen to work in, and have experience across a wide variety of countries.

In this first part of my column, then, I address what is occurring in a few specific countries. In Part II, I explore what might be a genuine 'global fitness response'.

'Survival of the fittest'

… is a phrase first used by Herbert Spencer, after reading Darwin's On the Origin of Species, Principles of Biology (1859). It was too late for Darwin to use the phrase in the 4th edition which was already being printed, but it appeared in the 5th in 1869. By 'fittest', Darwin meant 'better adapted for the immediate local environment', not the more common meaning of 'in the best physical shape'.

Yet, 156 years on, I suggest the word 'fittest', in this common catchphrase, needs to be linked to the health of the individual, the nation and global community. For definitions in the standard terminology, I shall leave to Part II.

Historically, sedentary behaviour is not new. In the 6th c. BCE, Pythagoras was advocating daily exercise for health reasons. Two centuries later, Hippocrates opined that 'walking is the best medicine'. In our current time, the Academy of Medical Royal Colleges has reported that 'exercise really is a miracle cure', while Prof Chris Whitty (Chief Medical Officer for England) has noted that health advice, such as exercising more, has not changed since the Greek philosophers conveyed this, over two millennia ago.

In the UK we have public health protection powers. Besides the expected measure of removal of causes of ill health, this also includes education to promote health and encouragement of individual responsibility for health.

There has been further regulation, notably The Public Health (Control of Diseases) Act 1984, giving powers to control disease. The emphasis, as in most countries, is on control rather than prevention. If selection of diseases for eradication is based on rigorous criteria, should we not be developing accurate diagnostic tools to improve the 'fitness' of individuals, particularly given the lessons from the current pandemic?

The Nutrition Society, based in London and advancing nutritional science since 1941, is now one of the largest learned societies for nutrition in the world. During lockdown, one of its journals published data showing how your Body Mass Index (BMI) goes up (as does your chance of going onto a ventilator) if you are admitted to hospital with Covid-19.

This data has been used by health authorities around the world to highlight the immediate dangers of being overweight. The World Obesity Federation (WOF) states that two-thirds of those falling seriously ill with coronavirus were overweight or obese. The PM, Boris Johnson, knows only too well, having been admitted to hospital with the virus whilst overweight himself. The WHO's information on 'prevalence of obesity' shows the UK, as with all countries in Europe, to be both overweight and obese.

The aftermath of World War II was the beginning of a new era. The shared suffering and sacrifice of the war years pushed governments into developing basic care for their citizens as a right – and obligation. The new British Labour Government at the time moved rapidly to establish the welfare state. The National Health Service (NHS) has been funded out of general taxation since 1948.

Thursday evenings during lockdown at 20.00 BST, the nation applauded the NHS frontline staff, key workers plus the many new heroes helping meet the challenge from the global pandemic. The 'Stay Home; Protect the NHS; Save Lives' campaign was the backbone of the lockdown restrictions. The applause has stopped, but this impromptu movement could morph into 'Stay fit; Protect the NHS'. The aftermath of the first global pandemic in our lifetime needs a substantial new response if individuals and governments are to improve levels of health.

For the first time since the 1940s, exercise became one of the few defined reasons that people in the UK could leave their home during the coronavirus pandemic. The PM encouraged people to take 'one form of exercise a day', understanding how important it is for people's mental and physical health during lockdown. Improved individual fitness levels in turn will alleviate pressure on the NHS from the so-called lifestyle diseases.

So, now that we have got through lockdown – just, thanks to the Chancellor's job retention scheme – we need to build on the Government's lockdown message of daily exercise. Post-lockdown, the Chancellor has spent around £600m in August encouraging us to 'Eat Out to Help Out' the hospitality sector.

Now we need a campaign for exercise. One of the Government's priorities should be to encourage the population to continue with daily exercise.

In the past 50 years little has been done to improve the 'fitness' of the nation. Two Prime Ministers, Major and Blair, encouraged sport more than any others. In 2012 the UK hosted the Summer Olympic Games and can be proud of the physical legacy but these events do little to encourage ongoing participation in sport or improving the health of the host nation. The British Olympic Association and UK Sport methodically work out the business plan for medals very successfully. In 2012 the British team won 65 medals and then, four years later in Rio, secured a record haul of 67. The 2016 Olympics was the most successful overseas tournament in Team GB's history, with 27 golds, 23 silvers and 17 bronzes. The 'price-per-medal' was £4,096,500. There was no parallel budget or planning to increase mass participation, daily exercise or fitness levels.

Our Prime Minister has been 'working out' in the grounds of Buckingham Palace, playing tennis at the American Ambassador's residence and jogging around Lambeth Palace, home of Archbishop of Canterbury. In the process he has discovered that the sacred and profane of exercise fails to achieve desired results. A celebrity personal trainer (PT) has now been employed.

Perhaps a way of 'levelling up' the health inequalities across the country is to offer a PT to everyone. Singer songwriter Adele, with fifteen Grammy Awards, transformed her fitness level and weight with a PT – one of many celebrity ambassadors improving the level of fitness by leadership and design. What if the Prime Minister of the UK took on a similar public ambassador role for personal fitness? The third largest public health campaign, after car seat belts and anti-smoking, could be improving personal fitness levels for the entire population. Backed by personal trainers on the NHS, helping everyone get in the best physical shape, so healthy individuals contribute to the health of the nation and the wider global community.

The Government has an aim of 'levelling up' the nation which needs to include closing the health gap. Post Covid-19 the Government is already reshaping the public health strategy by abolishing Public Health England and creating a new body charged with preventing future outbreaks.

If the Government has a moral duty to improve the health of the nation, should we not take the chance to reshape the myriad of organizations responsible for sport, recreation and fitness and move the focus onto daily movement, exercise and health improvement?

As we all know, the US has the highest number of cases and deaths in the world. But some leaders are getting the message.

In the US, Michelle Obama's 'Let's Move' public health campaign was part of the effort to tackle their public health crisis. The US Centre for Disease Control publishes obesity rates, broken down by age-group. Its report found that, between 2009 and 2012, rates dropped for those 2-5 and 6-11 years old. The campaign enlisted a wide range of support including, in 2011, the superstar Beyonce's 'Flash Workout'.

For her part, Oprah Winfrey, North America's first black multi-billionaire and the richest African American of the 20th century, decided to do something about her weight after being told she was at risk of developing diabetes.

Survival of the fittest — revisited

We should not underestimate the profound change that simple shifts in habits and attitude can have. Whoever would have thought that the simple bar of soap would take on a starring role in preventing the spread of Covid-19?

Exercise for the masses could be the legacy of this global pandemic. Activity can be done without any expense or equipment; lockdown proved this. Promotion can also be done without any major expense thanks to influencers, social media and philanthropic organizations. This pandemic is proving to be the mother of exercise invention.

Yet little is known about 'exercise'. We are scratching the surface in terms of knowledge, research and data compared to public health. One organization is worthy of note. The Bloomberg School of Public Health (Johns Hopkins University; Baltimore) has frequently been quoted by the global media during the pandemic, It is the largest public health school in the world, with over 1,800 courses, eighty plus research centres and institutes, and over 800 full-time and 400 part-time academics. This one institution has more budget, staff and students than all sports and exercise science departments in the UK combined.

So much for the 'advanced nations'; governments, like individuals, need guidance, leadership, science and knowledge. What, then, of the world – the global response to the global pandemic, that might reflect the above thoughts on 'fitness'?

We normally stay out of football politics. But looks like @DCMS @10DowningStreet have got involved! twitter.com/danroan/st…