Climate advocacy – what role for athletes?

Climate advocacy – what role for athletes? 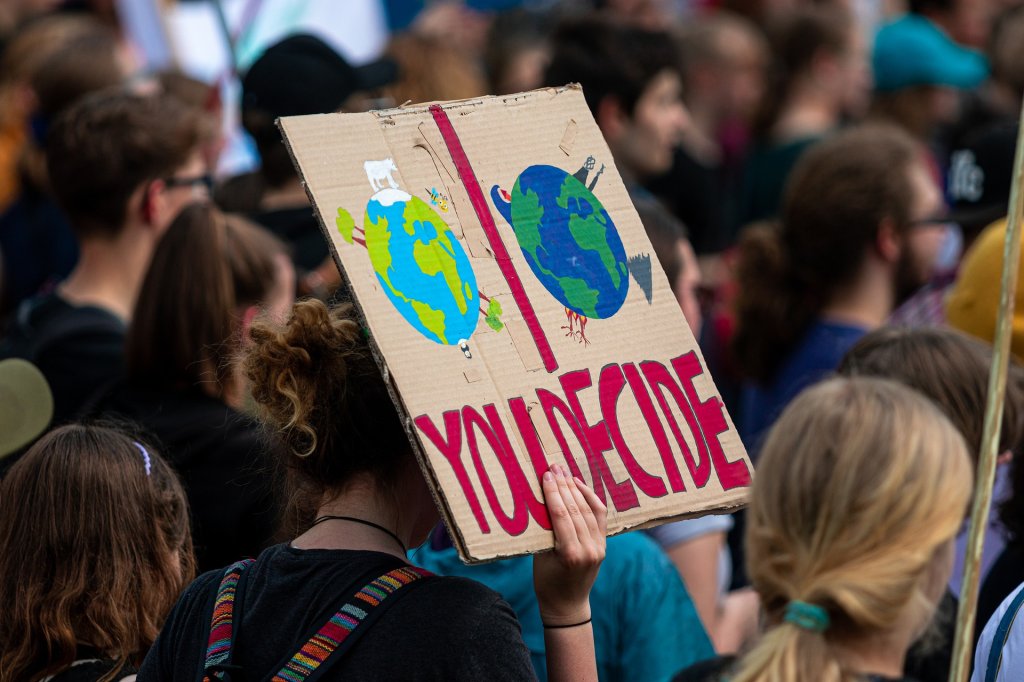 Public attitude towards climate crisis are changing. Greta Thunberg and other young activists have mobilised millions of young people around the world in response to the climate emergency. David Attenborough's spell binding documentaries have sensitised many more to the beauty and fragility of the natural world, and the damage being caused to our ecosystem by human activity. The accelerating frequency of extreme weather events across continents and the associated media coverage has brought the effects of climate change into our homes and made it more real. Once on the margins of public and media discourse, the climate emergency is now more mainstream with evidence suggesting the public want their politicians to adopt more radical policies in recognition of the scale and urgency of the challenge. The term 'climate anxiety' has entered the lexicon and is a growing problem, particularly for children and young people.

Never have climate advocacy and leadership been more important.

How concerned are you about the climate crisis? How clear are you on which policies will make the biggest difference? How committed are you to playing your part? And how often do you talk to others about climate change?

Climate experts Anthony Leiserowitz and Edward Maibach identify six groups in the US population based on their attitudes towards the climate. Think of it as a running race: leading the field are the 'Alarmed' who understand the threat of climate change and are very worried about it but may not know what actions to take. In second place are the 'Concerned' – this group accepts climate science and support climate policies but see the threat as more distant. The 'Cautious' are a close third – they still need to be convinced that the problem is real, serious and urgent. Lagging behind in fourth are the 'Disengaged' – they know little about climate issues and care even less. A distant fifth are the 'Doubtful' who don't consider climate change a real risk or consider it much at all. Finally, and in need of a tail runner, are the 'Dismissives' who don't think climate change is real and certainly not caused by human activity; they are also more receptive to misinformation and conspiracy.

What would it take for people to change their attitudes and behaviour towards the climate? What roles can athletes and high-profile sports people play in this? How likely are you and others in your networks to be influenced by famous sports people speaking up for the climate?

The United Nations Sport and Climate Action Framework states that sport has a unique power to inspire a wider societal change that embraces a low carbon future and keeps the planet safe for future generations. The Framework claims that sport has an amazing ability to communicate with its participants and audiences; furthermore, athletes are seen as playing important roles as climate ambassadors and role models.

Two recent examples clearly demonstrate how influential athletes can be when they put their hearts and souls into something they really care about: footballer Marcus Rashford's food poverty campaign which changed government policy in response to a media backlash; and Jordan Henderson's determined leadership which shifted public opinion of professional footballers as arrogant and out of touch during the early stages of the Covid-19 lockdown.

Relationship between sport and climate change are a two-way street; on one hand sport is increasingly being adversely affected by extreme weather; on the other, sporting authorities and athletes are having to face up to some difficult truths that some of their activities are contributing to the problem. The excellent podcast series 'Emergency on Planet Sport' hosted by presenter and reporter Jonathan Overend, explores these relationships in some detail.

Some athletes have already recognised their abilities to exert influence. David Pocock, the former Australian rugby union captain and sporting icon, along with his wife Emma, have established 'Front Runners', a movement for athletes working for the future of sport in a changing world by being part of the solution to the climate and environmental challenges facing us all. "Sport is at its best when it is challenging society to be more inclusive and when it is facing up to the bigger issues", says Pocock. "Athletes speaking out about issues does lead to important conversations amongst young people, and who knows where these can lead?" Emma adds: "This is a solvable problem - we know what to do, it's just a case of getting it done. Finding ways of giving athletes the platforms to be able to talk about the issues they care about is part of the solution. This can also help athletes to find more meaning in their lives." Her husband concurs: "I feel being a climate activist has provided me with some balance; I am engaged in other issues that I know ultimately are more important than sport."

In the UK, Champions for Earth, a coalition of current and former athletes and environmental activists, are using their collective platform to get their voices heard. The movement believes that there is nothing more critical than addressing and averting the climate and ecological crisis, and that athletes have a powerful opportunity to voice that message in a way that can be heard. Team member and GB rower Melissa Wilson links her involvement with Champions for Earth to UK Sports 'medals and more' strategy, suggesting that being an elite sports person is not just about delivering medals and world class performances, they can and should play wider roles in society, including contributing to climate and environmental debates. Wilson states: "The speed and scale of the climate emergency cannot be understated. As athletes we need to ask ourselves: what are we doing, individually and collectively, to maximise this opportunity that we have? In September 2020 Champions for Earth sent an open letter to the Prime Minister and UK Government calling on them to prioritise the environment and the green economy in their recovery from the Covid-19 pandemic. The letter was supported by over 310 GB Olympians and Paralympians, including over 40 Olympic and Paralympic Champions.

Let's give the final word to David Pocock:

"The climate crisis is a challenge that we have to face – one thing Covid-19 has shown us is that we can respond to big challenges by working together and with political will. We all need to reorientate our lives back towards nature."

Finally, some questions to ponder:

Could/should more of our sporting heroes be climate and sustainability ambassadors, advocates and role models?

Is this, or other forms of social activism, a legitimate expectation in return for Lottery funding?

Do all athletes have the requisite knowledge and skills to play such roles effectively?

What support do they need and who is best placed to provide it?

Does it have to only be the high-profile athletes we see so regularly in the media and on our TV screens, or could lesser athletes and sports people also play such a role in local communities, particularly with young people?

We'd love to hear your views.

RT @WomenSportTrust: German Chancellor Olaf Scholz has demanded that the German Football Association (DFB) pay their men's and women's national teams equally, stating it will get more people involved in the sport.
insidethegames.biz/ind…

RT @Womeninsport_uk: "I hope it will encourage women to get more active & play all sorts of sport."

In our latest blog Women in Sport co-founder Anita White OBE, reflects on the @Lionesses legacy & why we must continue to stride forwards in sport for all women and girls.
👇
ow.ly/YZep50KiPG2

RT @Sport_England: Volunteers can make a powerful contribution to your club or organisation.

Find out how you can give them the best possible experience. ⬇️

Delays in the Gambling Review have consequences twitter.com/observeruk…