Participation legacies: What’s the big deal about being on the telly?

Participation legacies: What’s the big deal about being on the telly? 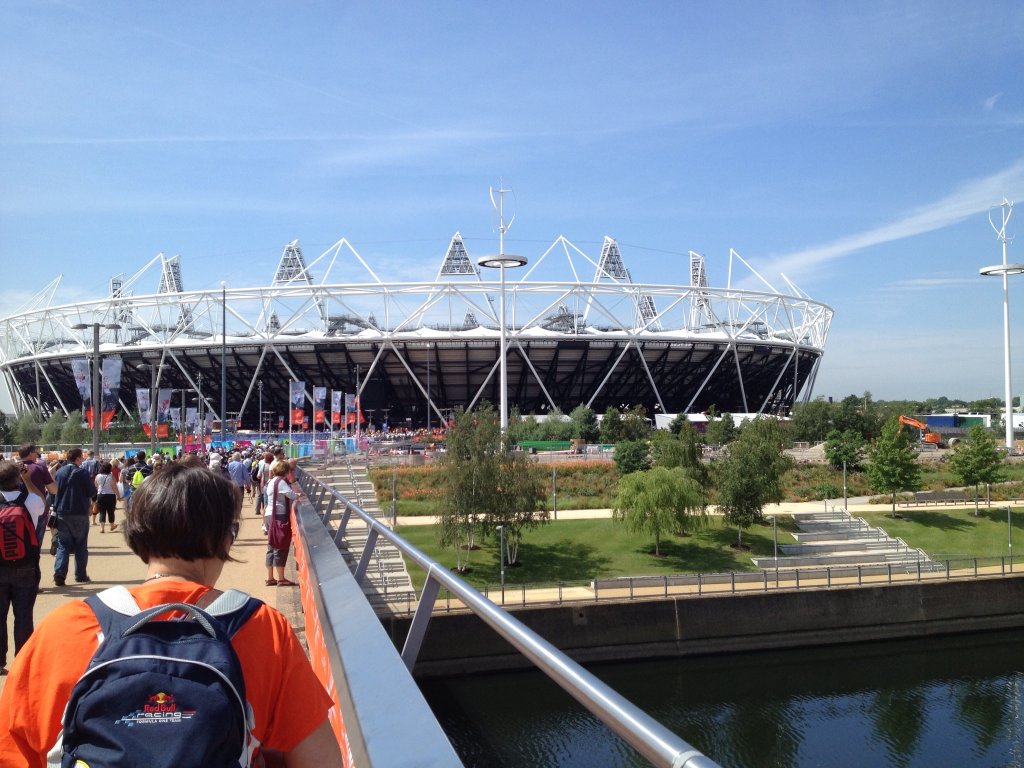 We are once again in the midst of another mega summer of elite sport, particularly in the UK, with the Commonwealth Games and Women's Euros joining regulars like Wimbledon on home soil. Amidst all this, the long-awaited 10 years on report on the legacy of the London 2012 Olympics and Paralympics emerged. It suggests that many of the targets for a participation legacy from London 2012 were not met and that "government attention to legacy had waned by 2016" [1]. The reasons behind these failures are complex and could not be covered in this short article; however, against this backdrop I find myself reflecting on visibility and legacy.

For as long as I can remember I have heard people talk about the impact of major sporting events on sports participation. I'm sure we've all heard the term inspire a generation thrown around. One of the big draws of these mega-events, especially for more minority sports, is undoubtedly the massive amount of exposure which can come from being widely promoted around the world, including on free to air TV in many countries. Elite sport, and particularly major events like Football World Cups, Olympics, and Paralympics, can draw huge audiences, including many who don't normally watch, or play.

The dream, of course, is that people will see your sport, realise what they've been missing out on, and rush, in their droves, to find their nearest club or session. This is known as the Demonstration Effect [2]; however, overwhelming evidence suggests that a participation legacy is something that has never been achieved from a major sporting event [3,4,5], even after decades of trying in countries across the world. In fact, the Demonstration Effect is found to be only effective in those that already play sport.

At this point you are perhaps recalling news stories about huge increases in interest in sports following major events, particularly where there has been a national triumph. For example, the significant uplift in hockey enquiries following the GB women's team's Olympic gold medal in 2016. However, this enthusiasm is rarely sustained, and participation rates invariably spike briefly only to revert to their previous levels.

Whilst viewing audiences certainly admire elite athletes and are wowed by their sporting prowess, the problem for most of those watching is that elite athletes are almost too good. Those athletes have skills and talent; so our non-participants quickly start to think "I don't have those things. I can enjoy watching them, but I can't ever DO what they do." In fact, for many people, the evidence goes further and suggests that some people are even put off playing sport because, in watching elite sport they come to believe that is how it should be played, and since that is unachievable for them, they may not fit in [6].

We might be left thinking, in the face of this evidence, that we should abandon any thoughts of elite sport ever benefiting participation, but that would just be defeatist. In truth, growing participation in sport never has been about just one thing. Getting a nation more active is a complex equation which requires a whole system approach and will be made up of many different actions, activities, and relationships. Major sporting events, and in fact all elite coverage, can play a role, but they can only do so much and we can't expect them to deliver the whole package.

Whilst the key ingredients may vary, in my own work I commonly find three:

Setting the right context which shows sport and physical activity as the norm and something for everyone, regardless of background and ability

Having positive, welcoming, and inclusive opportunities as standard

The first of these, is where elite sport can play its biggest role, far more important than a basic demonstration effect. An example of this is being played out in football right now.

Football IS for girls

When I was a kid in the 1980s and 1990s, football was a sport for boys. Girls didn't play football in school, there were no clubs for women and girls, and you certainly didn't see girls playing football in the street. We've probably all heard the phrase see it to be it and, despite growing up in a football mad household, it never really occurred to me that girls could play football.

However, now the success of the Lionesses in the Women's Euros has put football firmly on the map as something that very much IS for girls, and it has prompted a massive increase in women and girls signing up to play [7,8,9]. But there is another part to the visibility equation. The Women's Euros have been the shop window for showing that women CAN and indeed DO play football, but there are only so many spots on the elite stage. We won't keep the momentum by telling every little girl she can be the next Millie Bright, because frankly, kids are smart, and they'll quickly realise most of them won't. In fact, half of them will always be statistically below average in the skill department.

Visibility comes in many guises

This brings us back to the earlier highlighted problem - that the gap is just too wide. This is when women and girls need a different kind of visibility. They need to see their mum wanting to have a kick about in the garden, their teacher who plays in a social league, other girls like them playing at school, on the street and in the park. They need to see people who aren't necessarily very good, but they're doing it anyway and they look like they're are having a great time. Then perhaps they'll feel like that could be them; maybe they can be part of that and have some of that joy.

And whilst it may not be as obvious, elite sport has a role to play here too. In fact, more than a role, it has a responsibility. In order to set us free from the misconception that the way the professionals do it is the proper and only way, it is important that elite coverage also showcases the other side; and they can do this through commentary, in player profiles and interviews, in the way successes and failures are discussed and so much more. For example, the BBC coverage of both the Commonwealth Games and Women's Euros this summer did a fantastic job of emphasising enjoyment at every possible opportunity.

The Women's Euros is now being talked about by many as the start of something big for women's football. Those who are close to the game know that isn't the beginning, it is more of a Tipping Point, and it is the culmination of the tremendous work of so many grassroots organisations, volunteers, parents, players, advocates, funders who took a chance, and so many more who have battled the system and worked tirelessly to make this a reality. Which brings us to the second and third ingredients.

Off the field, battles to ensure adequate infrastructure, alongside welcoming environments, are still being played out. For example, there is still a lack of basic access for girls to play football in school - something which has been the privilege of boys for generations - with around a third of girls still denied that opportunity [10]. There are also still parts of the country where there are almost no football clubs for girls to join [11].

Beyond the shop front

So the shop front has done its job and the customers are pouring in. What kind of business would invest in the window but not make sure it had great products with a great experience inside? Certainly not one that wants to leave a lasting legacy.

Women's Football, and Women's Sport more generally, are positioned well to take up this mantle. I have high hopes given some of the fantastic organisations and individual who are working tirelessly and have no intention of allowing the progress so far to be wasted. The spirit of collaboration across different parts of the sector is palpable.

There is no doubt in my mind that elite sport and role models can play their part in generating the buzz. They can allow those who might not have thought that sport was for people like them to see it and believe they can be it; they can advocate the fun side of sport, and the social connection, and that, yes those famous athletes are impressive, but playing with your mates in the park is its own kind of amazing. Beyond that though, we need to stop expecting advertising to do the whole job.

When we get beyond the shop window we need culture and norms. We need visibility of not being the best but having fun doing it anyway. We need places and spaces and infrastructure to help us to be active in our local communities. We need welcoming environments (with appropriate competition for those that want it). We need the reality of the experience to be as fantastic as the advertising and for all these things to work together. And maybe then a participation legacy can really happen.

Dannielle Roberts is Founder and Director of Proper Active, a strategic consultancy who specialise in research, evaluation, and behavioural science. She has extensive experience in a range of complex behavioural challenges and is an expert in welcoming environments and supporting a physically active lifestyle for everyone, regardless of background or ability. For more information go to www.properactive.co.uk.