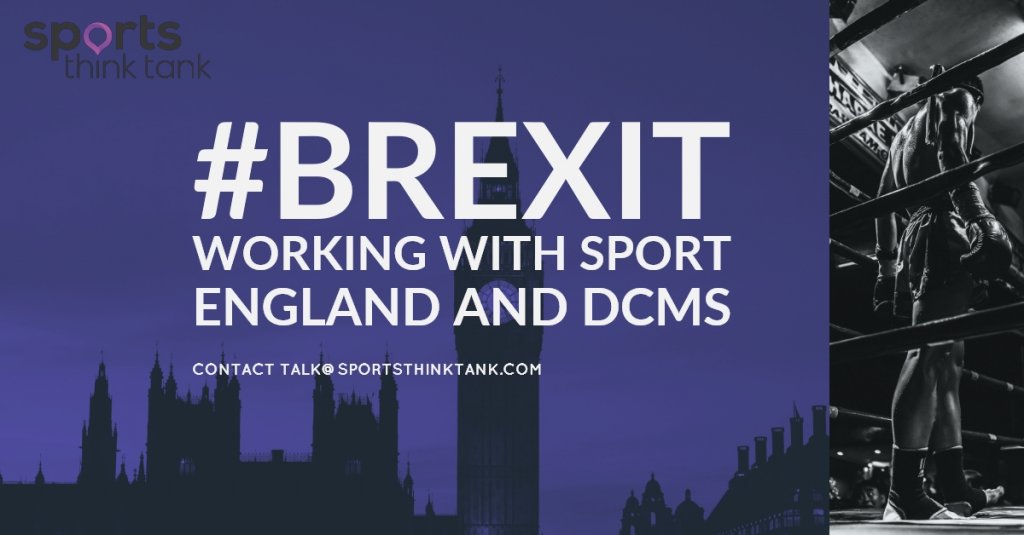 The referendum decision to leave the EU was a landmark moment in the political history of the United Kingdom and the consequences of the decision to withdraw will have far reaching consequences for the sports and leisure sector.

We are working with DCMS, Sport and Recreation Alliance, Sport England, Loughborough University London's Institute for Sport Business and the Sport Industry Group to ensure the voice of sport is heard and understood in the negotiations with the EU on the terms of withdrawal and what replaces our current membership. This has also been priorities by the new Sports Business Council, chaired by Sports Minister, Tracey Crouch and Premier League Chief Executive, Richard Scudamore.

To achieve the best deal for the sector, the sector needs to come together and make a single case for access to the Single Market and the positive consequences of our membership. Following initial soundings and our first roundtable event in December 2016 we have been consulting throughout 2017 and into 2018 to gather further evidence to make the sport case. The Think Tank continues to invite evidence, views and opinions from stakeholders across the sport sector and beyond.

We have generally waited until there is some clarity before posting on this website - but given the lack of clarity at every level we are attempting to keep this page constantly updated with 'what we know' and collating evidence from our partners and others across the sport sector.

As new information becomes available we will keep adding at the foot of this page...

Article 50 provides a two-year negotiating period with the departing Member State, but there is a general consensus that this will need to be extended for the UK's departure. Whilst Vote Leave have suggested a new settlement - including a UK-EU free trade deal - would be possible by May 2020, it is unlikely that two years will be long enough to work out the more complex trading accords and talks are likely to continue several years after officially leaving the EU. There are three broad options talked about:

By staying in the looser European Economic Area, the UK would still have access to the EU's single market and participate in free movement of workers but without any say in how they evolve. The country would still contribute to the EU budget. As reported, banks prefer this model because it would preserve their access to EU customers. Negotiating its own free-trade agreement would limit most trade tariffs between the UK and the 27nation bloc. However it could take years to work out the extent of Britain's market access. For example, the EU's trade agreement with Canada took seven years to negotiate and still isn't ratified.

A number of commentators have considered the possibility that the UK might leave the EU without a deal. In this situation, the UK would trade with the EU under World Trade Organisation (WTO) terms. The World Trade Organisation is an international organisation which regulates international trade. It started operation in 1995 following the signing of the Marrakesh Agreement in 1994. The WTO's overriding purpose is to help trade flow as freely as possible. Successive rounds of international negotiations since 1947 have sought to liberalise world trade. At the time of writing, the WTO has 164 members, and although the UK is an individual member, it is currently represented by the European Commission at the WTO.

The international trading system is underpinned by a number of WTO agreements. The General Agreement on Tariffs and Trade and the General Agreement on Trade in Services regulate trade in goods and services respectively. Under these agreements, countries negotiate lists of market access commitments, known as 'schedules'. These can take the form of tariff levels on goods and how much market access foreign providers of services are allowed. In addition, the Trade-Related Aspects of Intellectual Property Rights sets minimum regulatory standards with regard to intellectual property.

Trade under WTO rules operates under the most favoured nation principle. This means that countries cannot normally discriminate between their trading partners. For example, if a country chose to lower a tariff on a good for a particular trading partner, it would have to do the same for all other WTO members. In addition, under WTO rules, a country must also treat imported and locally-produced goods, services and intellectual property equally. For example, a country could not impose a tax on an imported product after it had entered the market if it did not do the same for a locally-produced product.

The WTO also provides a dispute settlement mechanism to resolve trade disputes between WTO members. It has been described as the "jewel in the WTO's crown" and since 1995, over 400 disputes have been brought to the WTO. An independent panel makes a ruling on a trade dispute based on the WTO agreements that is binding on the WTO members.

Commentators have considered how the UK would trade with the EU under WTO rules, if it left the EU without a trade deal. The UK would need to negotiate a new set of schedules and the Government has indicated that it will seek to replicate existing schedules where possible. Some commentators have argued that trade with the EU under WTO terms would prove costly for businesses as they would face higher tariffs on certain goods. However, others have argued that WTO rules would not be an impediment to trade.

The potential impact of Brexit on the creative industries, tourism and the digital single market

Maintaining access to talent, UK production tax credits, and getting clarity around regulatory equivalence with the EU, are vital to resolving concerns about Brexit, says the Digital, Culture, Media and Sport Committee in its report.

The Committee's report examines the potential impact of changes to three key areas: the workforce, funding and the regulatory environment.

EU Home Affairs Sub-Committee: Brexit: Movement of People in the Fields of Sport and Culture Inquiry

EU/EEA nationals wishing to immigrate or move temporarily to the UK to work in the fields of sport and culture (and vice versa) currently enjoy freedom of movement. But those from non-EU/EEA countries must be sponsored by a relevant governing body (for example, the Football Association) or obtain an endorsement that the applicant is a recognised or emerging leader in their field. BBC research has shown that without freedom of movement, 332 current players in the English Premier League, the Championship and the Scottish Premier League would not meet the requirements for non-EU/EEA nationals, while UK Music's 2016 Diversity Strategy found that 10% of the UK music industry workforce held an EU passport for a non-UK member state.

This inquiry will examine possible future arrangements for the movement of people between the UK and EU in the fields of sports and culture, and the impact that these arrangements could have. (Inquiry launched 31 January 2018).

PM Commons Statement on the result of the EU referendum: 27th June 2016

Prime Minister David Cameron gave a statement in the House of Commons on the result of the EU referendum.

Brexit: what does it mean for sport and recreation?

James Allen, Director of Policy, Governance and External Affairs at the Sport and Recreation Alliance, reflects on the three key points he raised in the House of Lords looking at the impact of Brexit on the sport and recreation sector.

Brexit: A tricky trade-off for the sports sector

After the Prime Minister announced her plans for what Britain might look like after Brexit, Leigh Thompson (Policy Manager at the Sport and Recreation Alliance) considers what this could mean for trade in sports goods and services.

Brexit wins: How will British sport be affected?

Daniel Schofield and Cristina Criddle warn how leaving the EU will affect sport in the UK.

Premier League clubs will be obliged to ensure that at least half of their first-team squads are made up of "homegrown" players under drastic plans put forward by the FA to deal with Brexit. The proposal, which would reduce the number of overseas players in each 25-man squad to 12, will be put to the 20 clubs this week.

Sport and Recreation Alliance Sets 6 Tests for Brexit and Sport

This paper sets out six key tests the sport and recreation sector believes must be met for future success but, ultimately, Government must urgently provide greater clarity and certainty on the detail of its plans and work closely with the Alliance and its members to address the key sector-specific challenges and opportunities Brexit presents.

House of Commons Library - The 7 Sites You Should Bookmark

The Government has now published 3 key documents on the Brexit deal: a draft Withdrawal Agreement, an outline of the political declaration, and an explainer on the Northern Ireland Protocol. The same documents can also be found on the EU's Taskforce 50 website. The links to these documents can be found below

Draft Agreement on the withdrawal of the United Kingdom of Great Britain and Northern Ireland from the European Union and the European Atomic Energy Community, as agreed at negotiators' level on 14 November 2018

To keep up to date with a few key individuals on social media we suggest the following:

Provisions of the Withdrawal Agreement on citizens rights. Of special relevant to #sport and any restrictions envisaged by ⁦@FA⁩ or other governing bodies. In short, EU players should be allowed to move to UK at least until end of transition period (2020) pic.twitter.com/XcWE3ZXfju