Is British Basketball Rescue Deal on verge of Collapse?

Is British Basketball Rescue Deal on verge of Collapse? 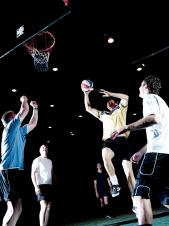 The financial bailout offered by the UK government to the embattled governing body of British basketball is in danger of collapse, it can be revealed, less than 48 hours before Great Britain's men play a World Cup qualifier that will either kill or keep alive their hopes of subsequently reaching the 2020 Olympic Games in Tokyo.

What has been described as a "power grab" from the home-nation authorities in England, Scotland and Wales looks set to derail a proposal, championed by leading figures within British Basketball and in political circles, which aimed to safeguard the elite development system by aligning it operationally and commercially with the country's professional league.