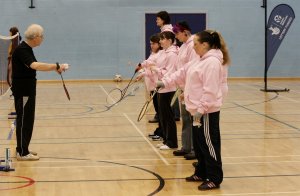 Schools are cutting the amount of time they dedicate to PE despite warnings of a growing youth obesity crisis.

An analysis shows that the number of hours spent on sports lessons has fallen by 21 per cent on average for GCSE pupils in the last six years.

For pupils aged 11 to 14, hours have been cut by 5 per cent. The findings come after a recent study from King's College London found that 25 per cent of girls and 24 per cent of boys between 11 and 15 are obese.