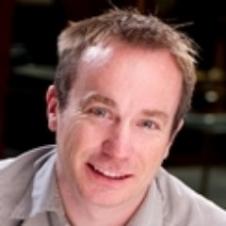 ABSTRACT
Prominent developments in English PE and school sport (PESS) policy
across the period of Conservative-led governments since 2010 have not
been empirically or comprehensively researched. In addressing this
shortcoming, this study was uniquely underpinned by punctuated
equilibrium theory in order to respond to long-standing difficulties of
differentiating and explaining both policy change and continuity.
Application of this theory benefited from the collection and analysis of
qualitative and quantitative data from ten elite interviewees, policy
documents and searches of broadsheet newspapers and parliamentary
records across a 15-year period. Overall, the ring-fencing of significant
funding for PESS since 2013 indicates that successive Conservative-led
governments maintained and further embedded the enhanced status of
PESS that had initially emerged in the 1990s. On the other hand,
significant modifications in PESS policy increasingly aligned it with
health-related objectives and were implemented through a
decentralised model that differed significantly from the standardised,
top-down approach enacted by preceding Labour governments. It is
argued that these policy changes represent a 'policy punctuation' which
occurred across 2010 and 2013 when the attention of cabinet ministers
was drawn to PESS as a result of a confluence of external events and
dramatic spikes in wider media and political interest. Subsequently, a
reconstituted but expanded coalition of key PESS policy actors has
supported the re-establishment of 'equilibrium' and continuity in PESS
policy. These findings demonstrate the broader importance of
distinguishing the continuation of a relatively high status for PESS from
the intermittent salience that it has at the highest levels of government.
In-depth explanation of both a rare policy 'window' for PESS policy
change and long-standing institutionalisation of policy continuity was
also significantly enhanced by the utilisation of punctuated equilibrium
theory, demonstrating its distinctive value for future studies of PESS and
sport policy.