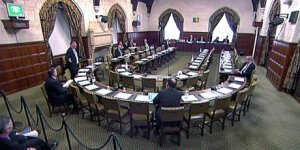 I beg to move,

That this House
has considered the importance of local sporting heroes.

It is a pleasure to serve under your chairmanship, Mr Pritchard.

This debate is about recognising local heroes. We are lucky to have bags of them in Blaenau Gwent—Nye Bevan, for one—but it is those from the field of sport who I will look at today. They are people such as Sam Cross, the Olympic medallist from Brynmawr; Ashley Brace, the female super-flyweight boxing champion from Ebbw Vale; and Mark Williams, the three-time snooker world champion from Cwm.