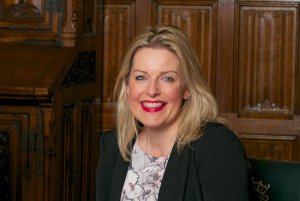 Eastleigh MP Ms Davies takes on the role after her predecessor quit when ministers decided to delay a reduction to the maximum stakes on the addictive betting machines.

Ms Davies will be replaced in her former role as a junior Wales Office minister and assistant government whip by Nigel Adams.