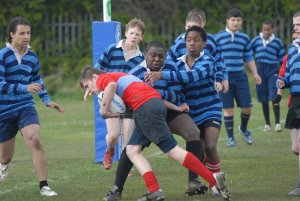 Steve Brown has resigned as chief executive of the Rugby Football Union, after 14 months in the role.

Brown succeeded Ian Ritchie in September 2017, but has announced he will leave the role at the end of the year.

Director of professional rugby Nigel Melville will be interim CEO until a replacement is appointed.