Government Should Focus on Funding on Personal Wellbeing not Economic Growth

Government Should Focus on Funding on Personal Wellbeing not Economic Growth 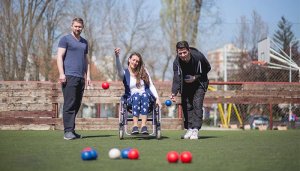 Personal wellbeing should be the primary focus for the UK government's spending plans, according to an influential report by the All-Party Parliamentary Group (APPG) on Wellbeing Economics.

The report calls on the government to ditch economic growth as the principal aim and, instead, boost funding for mental health services, teaching in schools and social care by an extra £10bn within five years to raise the wellbeing of citizens.

The report, published ahead of the three-year spending review, which is due later this summer, urges a sea change in thinking from ministers by claiming that happiness, fulfilment and the reduction of anxiety – rather than growth or jobs – was the "main factor" voter satisfaction.

"The evidence is now clear," the report reads. "The main determinant of whether a government gets re-elected is the level of wellbeing – and not the level of employment or economic growth.

"So any wise government will target wellbeing, on prudential as well as moral grounds.

"It will do this on the basis of robust evidence, paying special attention to those who are really struggling in their lives.

"From this analysis, some key new priorities emerge where the costs are quite low and substantial savings are generated. These savings arise because greater wellbeing also generates many benefits of other kinds.

"Greater wellbeing raises productivity; reduces benefit dependence; cuts absenteeism; and reduces physical illness. So even if the government does not accept wellbeing as the overall objective, it should target it strongly as a means to many of its other objectives."

The report identifies a number of priorities for the government to adopt in the forthcoming Spending Review.

This could include placing an increased focus on physical literacy in order to tackle the childhood obesity crisis.

Responding to the report, ukactive acting CEO Huw Edwards said the physical activity sector would have a major role to play, should the government adopt the report's approach and shift its focus to wellbeing.

"We strongly agree with the recommendations to put wellbeing at the heart of government policy," he said.

"Physical activity is the golden thread running through all of these issues – helping to support health and wellbeing from cradle to grave.

"Ahead of the Spending Review, the government must take these ideas very seriously and ensure investment is funnelled to areas that can truly help build a healthier and happier Britain."