Sport & Recreation Alliance Disappointed that Sugar Tax Could be Abolished

Sport & Recreation Alliance Disappointed that Sugar Tax Could be Abolished 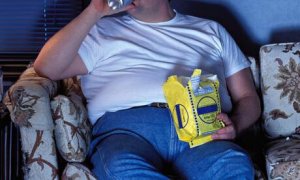 The Sport and Recreation Alliance says it is "very disappointing" the so-called "sugar tax", which helps fund PE in schools, could be abolished.

It comes after Sports Minister Mims Davies - who is supporting Johnson's bid - refused to say whether she backed the tax.

The soft drinks industry levy was introduced in April 2018.

It aimed to tackle childhood obesity by encouraging manufacturers to reduce sugar content in products.

It is estimated to raise £240m this year, much of which is being invested in more physical education activities in primary schools.

Lisa Wainwright, the chief executive of the Sport and Recreation Alliance (SRA), said "Any removal of funding from the system places more children in danger of not being physically active enough.

"We have previously urged government to extend this commitment of levy funds to school sport to cover the lifetime of Parliament - through to 2022 - and it is very disappointing this may not be the case.

"This funding is so important to support the health of our children through the provision of PE and sport and investment in school facilities for sport and healthy living.

"We would strongly encourage government to carefully think through the implications of removing a tax which provides vital finances for physical activity for children at a time when funding should be protected and increased."

Johnson has said he wants to examine whether levies on foods high in salt, fat and sugar are effective. He says he is concerned they may unfairly target the less well-off.

On Wednesday, Davies was asked 15 times whether she backs the levy during a BBC Radio 5 Live appearance.

She said it has been "helpful" in getting companies to reformulate their products, and that she "supports people making healthy choices" but "if the sugar tax changes it changes".