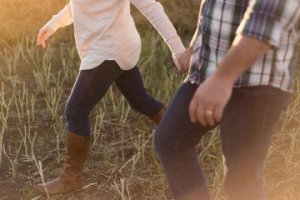 Almost two thirds of adults consider exercise to be more important than ever during the current coronavirus (Covid-19) crisis.

Research we commissioned from Savanta ComRes shows the impact social distancing and guidance to stay home is having on the nation's attitude to exercise.

Carried out earlier this month, after the government announced its social distancing guidelines, the new figures show 63% of adults in England say it's more important to be active now, compared to before coronavirus.

The majority of people (67%) also believe exercise is helping them with their mental health during the outbreak.

And our chief executive Tim Hollingsworth is glad to see people's physical and mental health being so highly regarded in this time.

"This is a new and challenging time for everyone and it's clear from this early research into the nation's activity levels that there is significant disruption to how people usually seek to build physical activity and exercise into their lives," he said.

"It's heartening to see therefore that for many the importance of it has increased – and in particular that they see the benefit to their mental as well as physical health and wellbeing."

While the majority are realising the importance of exercise to their health, the research also shows that some people are finding it harder to be regularly active than others – including older people, those on a low income, those living alone and those in urban areas.

Just three days after the social distancing guidelines were put in place, we launched our Join the Movement campaign, encouraging people to #StayInWorkOut and providing people with resources on how to stay active during this period.

The campaign is backed by National Lottery funding and supported by the government, with their messaging around exercise seeming to cut through with the public as 55% of adults in England agreed that they've been encouraged to exercise as a result of the once-a-day outside exercise provision.

Despite this cut through, over the coming weeks we'll be stepping up our campaigning to help and encourage those finding it hardest to build activity into their day.

"Alongside the recognition of being allowed outside to exercise under strict conditions, the call to #StayInWorkOut has clearly resonated with a lot of people," Tim added.

"At the same time we have to collectively recognise that for some this is proving very difficult – people who are on low incomes or living alone, for example.

"Our work and our campaigning will continue to do everything possible to support and motivate everybody to stay active, which is more important now than it has ever been."

Unsurprisingly, the restrictions on movement have led to new habits forming, with walking, cycling and home workouts now the most popular forms of exercise.

Walking tops the standings with 59% of adults using their daily activity to go for a walk, while 25% of people are doing home fitness workouts and 18% are using informal play and games to keep active.

Cycling is also proving to be a popular family activity, with 22% of those who are cycling, doing so with children in their household.

While 37% of those doing home-based fitness online are doing it with the children in their household.