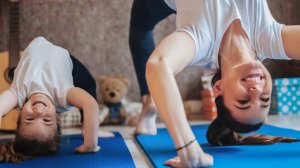 Children's charity the Youth Sport Trust and Sky Sports have teamed up on a campaign to unite the country through sport and promote young people's wellbeing this summer.

Taking place from 20 to 26 June, the UK-wide campaign will give families, communities, schools and sports clubs the opportunity to engage in a series of virtual sporting challenges which help young people capture the enjoyment, competition and camaraderie they have been missing out on during weeks of school closures and social distancing.

People can register to take part in the campaign from today. Anyone signing up will receive videos and activity cards to help them plan a series of challenges across the week for their families, neighbours, friends or colleagues.

Sky Sports will supercharge this year's campaign, helping to inspire families across the country to take part. This builds on a long-term relationship between the broadcaster and charity. In 2003 the Youth Sport Trust and Sky launched Sky Sports Living for Sport, with over half a million young people taking part in the initiative over a decade. The Youth Sport Trust is now a key charity partner for Sky Cares, Sky's employee volunteering programme. Earlier this month the £75,000 commercial fees from the sportsmen and women whom appeared in the #IAmSport marketing film were donated by Sky Sports to the charity.

National Governing Bodies of sport will also be supporting the week, with several appointing stars of their sport as School Sport Champions.

Impact of Covid Restrictions on Children and Young People

Back us or risk losing half UK's public leisure centres, industry warns

RT @JMNSwimmer: Things are moving in the right direction. My @Swim_England comms team are putting the story together right now. Stay tuned. Don't expect to dive in just yet though but every step forward is a step forward. #OpenOurPools

More than half of Tokyo residents opposed to Olympics next year, survey finds ow.ly/4iwT30qVbmS

Great summary of the Twitter takeover from @SFDCoalition last night

RT @parnell_daniel: The football business is about innovation and marginal gains. One aspect that is under resourced, utilised and researched is the role of loans & the loan system. Here is our first research paper on the European loan network. I love this piece of art ⚽