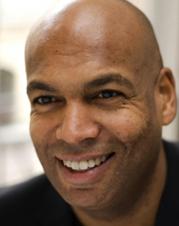 Structural racism in British sport is so deep and pervasive that it amounts to a kind of apartheid and needs a South African-style truth and reconciliation commission to tackle it, a Sport England board member has said.

Chris Grant, one of the most senior black administrators in British sport, has written to UK Sport and Sport England urging them to establish a forum where people can talk frankly about historical and present-day issues without criticism or prejudice.

"The idea of a commission isn't to shame people," Grant said. "But to shine a light on these longstanding problems and change them. It's time for the voices of BAME people to be heard – from those youngsters who can't follow their dreams because they don't conform to the stereotype of 'who does which sport', to athletes dealing with subtle or overt racism, to those who do everything asked of them to transition into coaching or leadership roles, but never even get the interview.

"At a time when the pandemic has thrown a range of inequalities into sharp relief, the exclusion of ethnic minorities from swathes of the sport and activity landscape represents not just a massive denial of opportunity, but also has to be a factor in the disproportionate impact of the virus on BAME communities."

Grant, who has worked inside grassroots and elite sport for 15 years, said disparities were evident from early life, where in England 38% of black children are defined as "less active", compared with 29% of white children, despite having more positive attitudes towards activity, and went right through to elite sport and the boardroom.

"I'm glad the emphasis in the last few days has been on white leaders reflecting and listening," Grant said. "So maybe this week we can say out loud what has been obvious for a long time. Whatever the intentions of any particular individuals or organisations, sport in the UK conforms to Lord Macpherson's definition of institutional racism.

"You can look at some sports and think things are OK but scratch the surface and you'll see significant imbalances exist. Eight of the 23 players in England's men's football squad for the 2018 World Cup were black or mixed race. By coincidence that was the same number as BAME members of the 100-plus FA council at that time. It was also higher than the number of BAME managers or head coaches of the then 92 clubs.

"We've never had a black Olympic swimmer and if you looked at the GB hockey squads taking part in last year's World League at the Lee Valley Olympic Legacy site, you would never guess they were in one of the most diverse places on the planet. But the inequalities are so deeply rooted within sport's structures and assumptions that the situation amounts to a kind of apartheid hiding in plain sight."

Grant said that three years ago he had tried to get politicians and sports officials interested in Mission 2032, with the aim of getting Team GB's and Paralympics GB's squads, coaching and support teams reflecting the UK population in terms of ethnicity and socio-economic background across every sport.

"Everybody nodded their heads but I don't think anyone really took it seriously. So, having the privilege of some influence on the Sport England Board, I pushed for the creation of a Talent Inclusion Advisory Group, to consider how to ensure access to and through all sports for anyone, regardless of background. Sport England now has a talent inclusion strategy and is making some progress."

Grant pointed out that programmes such as the Ebony Horse Club in Brixton, Project Scaramouche in Tottenham, and Mossbourne Rowing Academy in Hackney had demonstrated that, given the chance, inner-city children are as capable of falling in love with riding, sailing or rowing as anyone else.

But he reiterated that far more needed to be done. "For those who think things will change organically, or just on the basis of equality statements, the evidence is damningly in the opposite direction," he said.

"Large swathes of our highly successful talent development system have completely failed to diversify their intakes. However, if sports bodies are willing to go beyond their welcome statements of the last week with the establishment of a commission, the whole of the UK will benefit."