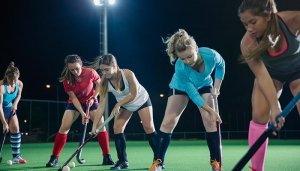 More than 100 of the nation's sports stars, including Sir Mo Farah, Hannah Cockroft and numerous other Olympic, Paralympic, World, European and Commonwealth champions, have come together on Thursday morning to urge the Government to guarantee immediately its primary school sport funding.

In an open letter seen by The Telegraph, they outline the potentially "catastrophic" consequences if a £320 million package is cut just as an inactivity crisis among young people has worsened dramatically during the coronavirus pandemic.

The PE and Sport Premium has been largely funded by the sugar tax on soft drinks and provides ring-fenced funding of £16,000 for each primary school to invest in sport and activity during children's critical formative years.

But, with just weeks until the end of this academic year, there has been no confirmation of its future status and the uncertainty has put key jobs at risk and raised fears over the potentially "disastrous" consequences for the physical and mental health of children.

The letter to government, which was written on Wednesday and was gathering vast support over the next 24 hours, says that the country must do everything "to help young people reconnect and recover from the damage done to their wellbeing in recent months".

It outlines how the PE Premium has changed numerous lives, but says that the current uncertainty has meant that schools are "being severely compromised in their ability to plan support for young people's physical and mental health".

The letter ends with a warning: "We fear that any withdrawal of support for physical education and school sport at this critical time could be catastrophic for a generation of young people who have never needed them more. We urge government to signal its commitment to young people's wellbeing by confirming this essential funding without further delay."

Signatories span every facet of elite and grass-roots sport, from current England rugby and hockey internationals such as Manu Tuilagi and Maddie Hinch, below, to past icons Steve Cram and Martin Offiah and BBC presenter Clare Balding.

Farah, the four-time Olympic and six-time world champion, stressed that the early years of "childhood is what shapes you" and said that being active from a young age was the foundation for his love of sport.

Cockroft, a five-time Parlaympic champion and 12-time world champion, said she would "hate to see any young person miss out on school sport" and that "there shouldn't even be a question over this funding".

Lawrence Dallaglio, the former England captain and rugby World Cup winner, said that the government should "look to double" the premium as a commitment to future generations. "Now, more than ever, PE and school sport is vital for the health and wellbeing of our young people," he said.

Former European indoor 800m champion Jenny Meadows, who now works in many primary schools, said that she was seeing "first-hand that they cannot make plans going forwards without confirmation that this fund will be available".

The letter, which coincides with the Youth Sport Trust's first ever virtual schools sports week, follows alarming new research which shows how children's activity levels have dropped during the coronavirus lockdown.

Chief medical officer Chris Whitty recommends that children complete an average of at least 60 minutes of activity every day but between just 14 and 22 per cent have been achieving that during lockdown. Even more alarming, around one in 10 children reported doing no daily activity. Four out of 10 children said that a lack of activity had made them feel worse during lockdown.

Former Conservative ministers Baroness Nicky Morgan and Tracey Crouch have also both tabled parliamentary questions to seek urgent clarity. The Department for Education said that the Government "wants to ensure all children are getting an active start in life", but said that "the position of the PE and Sport Premium in the 2020/21 academic year will be confirmed in due course".

NEW PODCAST: Discussing how sport can better use its data to maintain a relationship with their membership post Covid-19.

RT @sport_thinktank: What do we think? Has the 2012 Olympic Legacy been delivered?

RT @sport_thinktank: Interesting to note where Olympic funding comes from, especially in light of some sports having to rely on crowd funding in Tokyo.

Important findings to note, but can't imagine such drastic changes to the sport will be completely welcomed.