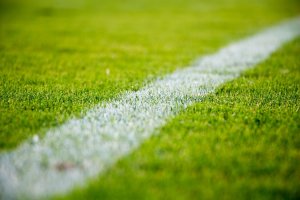 The FSA reports that the Lancashire club, which was acquired by its new Chinese owners on 4th June was placed into administration last week, claiming it was a result of the ongoing public health crisis.

Disputing that claim this week, the EFL said that evidence of sufficient funding was provided to the league during the recent £41.5m takeover of the Championship club.

"Given the club's standing within the EFL and their local community there is, quite rightly, a significant strength of feeling of anger and frustration amongst all those connected to the Club," the EFL said.

"The League fundamentally disagrees with the comments attributed earlier today to Mr Au Yeung Wai Kay where he stated that 'the COVID-19 pandemic has undermined the ability to fund the Club'."

"Whilst it is clear that COVID-19 has undoubtedly presented significant financial challenges to the professional game, evidence of the required source and sufficiency of funding to be invested in or otherwise made available to the club, was provided as part of the recent change of control process."

Administrators brought into Wigan Athletic have since made 75 members of staff from the non-playing side of the club redundant. Meanwhile, Wigan Athletic Supporters' Club has continued to raise funds to help the club fulfil its fixtures in the short term. £140,000 has already been crowdfunded and they aim to reach £250,000.

"We will continue to liaise with the administrators and club officials on what essential costs may be required to be paid from the fund," the Supporters' Club said. "And we will update the supporters regularly on how the funding is being used.

"To those people in our family who have lost their jobs in the last 24 hours, we are thinking of you and we are going to do everything we can to return you to your football club."

Wigan Athletic now face sanctions from the EFL – including possible points deductions. Should they avoid the drop, a 12 point penalty will be applied to their final 2019-20 tally, meaning they face a real risk of relegation with just six games remaining.

If the club were to finish the season in the bottom three, any EFL sanction would be applied to the start of their League One campaign next season, but the league stressed that the financial disparity between the Premier League and the rest of English football had to be addressed.

The EFL said: "This set of circumstances is more illustrative of the wider financial challenges facing EFL Clubs, who, without a full and comprehensive reset of football's finances, including how monies are distributed throughout the game, will continue to struggle to meet the demands of an outdated and unsustainable model."

Reform of football financing and governance has been thrown into the spotlight by the ongoing public health crisis. The FSA has continued to lobby the Government and the football authorities to improve the governance of the game and create robust, independent regulation.

Head of supporter engagement and governance at the FSA Ashley Brown said: "You will never catch all bad owners with the owners and directors test. In fact we've seen good owners find themselves in problems in the past – and the COVID-19 crisis makes that all the more likely.

"What is key is that clubs are run both properly and sustainably, and the situation at Wigan bolsters our argument for independent regulation. From what we've seen this week the EFL share fans' anger at what's happened at the DW."