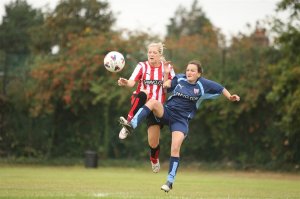 As reported by Ben Rumsby,

It was Britain's most triumphant Olympic homecoming. Team GB had just delivered the country's most successful away Games, winning its most medals for more than a century, finishing second in the Rio 2016 table, and making it the first nation to beat its tally from a home Olympics at the next attempt.

A gold-nosed plane christened "VictoRIOus" was dispatched to fly athletes back to a heroes' welcome and parades in Manchester and Trafalgar Square. It was a similar story for ParalympicsGB, who jetted home on the same plane from a Games at which they, too, bettered their London 2012 exploits.

But there was a dark side to the medal-winning formula that had transformed Britain from laughingstock to sporting superpower within two decades, one that began to emerge just before the Rio Olympics before crashing into view in the four years since. Those years have brought an avalanche of public accusations of bullying, discrimination, negligence, and even sexual assault and child grooming that have gone right to the top of the country's most successful Olympic and Paralympic sports

Further information about the article can be found below on their website.

£1.5m of free training will retool the physical activity workforce

RT @Sport_England: We've teamed up with @Crowdfunderuk to make £1 million of match funding available for clubs and organisations in the sector.