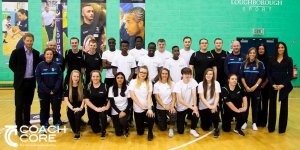 Blogger James Thellusson is on a quest to find out who are Britain's smartest sports stars of all time.

James is writing a book on the history of the school report for Sandstone Press and is looking for material about male and female sports stars which disproves the theory that sports jocks are under achievers in the classroom.

'For too long sports stars have been patronised as the intellectual dummies of the school. But we know that this is not true. I want to compile a chapter for the book on sports stars who have excelled academically as well as on the sports field. I'm looking school reports, feedback from teachers or their own anecdotes of their school studies.'

James cites the example of Socrates, the Brazilian soccer star, who qualified as a medical doctor and, aptly, also gained a PhD in Philosophy as an example of the sports stars who combined brain and brawn.

'Brian Moore, the England Rugby Union player, shows that you can be successful academically and still play sports at the highest level. I want to find more examples like him,' says James.