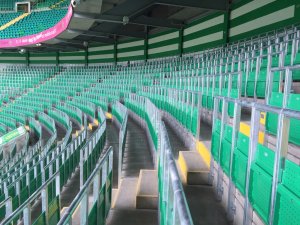 English cricket and Premiership rugby will join the football-led sporting boycott of social media this weekend in a bid to force Twitter, Instagram and Facebook to tackle the issues of online racism and discrimination.

In cricket, from 3pm on Friday through to 11.59pm on bank holiday Monday all social media accounts across the sport – including players, the national teams, the 18 first-class counties and the eight regional women's teams – will fall silent as part of a wider movement that will also include the Lawn Tennis Association.

Premiership Rugby also confirmed on Wednesday that its clubs would be boycotting platforms – a move backed by the Rugby Players' Association. It had been unclear whether the Rugby Football Union would be joining the boycott but it is understood that, following further consultation with senior players, it is now planning to participate...