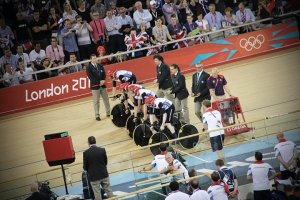 New research conducted to assess the combined effect of the Olympic and Paralympic sports to the UK economy has shown that their impact is now greater than ever at £25 billion.

Figures from a Sheffield Hallam University report into the economic importance of all Olympic and Paralympic sport activity in the UK has confirmed that its combined value has risen by £6 billion since research was last conducted – real-terms growth of 9%.

Based on 2017 data, the Gross Value Added (GVA) of all Olympic and Paralympic sport activity in the UK continued to account for more than half of the entire sporting economy and collectively is a larger contributor to the UK economy than agriculture, forestry and fishing.