Families could get free rewards for being healthy

Families could get free rewards for being healthy 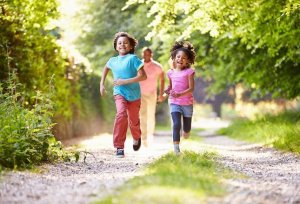 THE GOVERNMENT is launching an ambitious scheme to reduce obesity levels, including free rewards for healthy eating and lifestyle improvement.

The Prime Minister is to launch a rewards programme to tackle obesity in the UK which could see participants receive free incentives for eating healthily and exercising. The Government-backed programme will monitor things such as supermarket spending and exercise via an app.

Details of the scheme are currently under wraps, but it is understood that dozens of companies, charities, and other organisations have been asked to bid to take part.

The scheme is reportedly set to launch in January as Boris Johnson is keen to tackle the issue of obesity.

Mr Johnson has previously blamed his weight for his serious illness with COVID-19 in 2020.

The UK has one of the worst records for obesity in Western Europe...

How do we demonstrate the value of sport and physical activity to the homelessness sector?

New strategy to support Active lives for all across Greater Manchester

RT @SFDCoalition: "Once people begin to understand that sport is the context... not the sole mechanism, then it's much easier to tell a story"

Prof. Fred Coalter speaks to the #SportForDevelopmentCoalition about increasing the impact of #SportForEmployability programmes 👉🏾 bit.ly/3zEIoPV

Thought provoking work by @ActivePartners_ posing the question how can we extend the reach of physical activity into our homeless communities.

GM Moving in Action will aim to support active lifestyles for all people living in Greater Manchester.