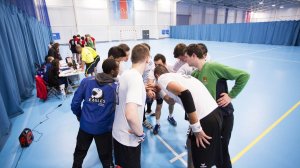 Labour has accused the Conservatives of squandering the London 2012 Olympic legacy by slashing grassroots sport funding by nearly half since coming to power.

The party said that during the final year when Labour was in government, it spent more than £1bn on sport and recreation facilities during the financial year ending in 2010.

Adjusted with inflation to £1.24bn in today's money, that figure means the £657m spent by the Conservative administration in 2019/20 marked a real-terms drop of more than 47%, they say.

Ministers have also cut local government funding for maintaining swimming pools, parks and other leisure facilities, and the number of PE teachers has fallen, according to Labour.

The warning came as Great Britain stood in sixth place on the medals leader board for the Tokyo 2020 Olympics, with a particularly strong showing in the swimming and diving pools.

Shadow sport minister Alison McGovern said: "Team GB have performed brilliantly in these games so far and our athletes are fantastic ambassadors for our country – brave and determined, pushing the boundaries, winning medals and breaking records.

"Sadly, the Olympics legacy that should have been built on from 2012 onwards – not in medals, but in a country that puts health, physical and mental, first – is not there. That is because of the actions of the Tory government from 2010 onwards. A Labour government is urgently needed to meet the country's ambition for sport and fitness."