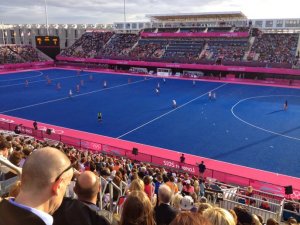 Getting funding to be able to train and compete full-time is a complicated route for elite athletes but has ultimately seen Team GB rise up the medal tables at successive Olympics.

Gold medallist BMX rider Beth Shriever has revealed she had to crowdfund to help get her to the Olympics, raising the question of how Team GB is funded.

The 22-year-old, from Essex, parted with British Cycling in 2017 after UK Sport decided only male BMX riders would be supported heading to Tokyo because no British women qualified for Rio 2016.

British Cycling created its own support package, funded through commercial income, for female BMX riders but Shriever and her coach decided it was best to create their own programme close to her Essex home.

She worked part-time at a nursery and crowdfunded £50,000 to be able to travel to Olympic qualifying races around the world.

In 2018, UK Sport removed the stipulation banning British Cycling from investing in female BMX riders so it was then able to support Shriever in the run-up to Tokyo.

Shriever's story shows how much power UK Sport has over who gets what funding. This is how Team GB's funding works:

The British Olympic Association (BOA) is responsible for funding Team GB's participation at the Olympic Games only.

It also selects which athletes it wants to compete in the Olympics, along with UK Sport and the UK governing bodies for each Olympic sport.

The BOA is independent and does not receive government or lottery funding so is entirely dependent on commercial sponsorship and fundraising income.

It is at the top of the Olympics funding pyramid but it is the funding before the Olympics that ultimately gets an athlete to the games...