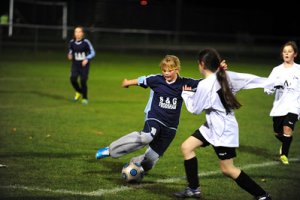 We have today launched a new three-year strategy focused solely on the Women's Professional Game, that will look to build on the momentum generated over the last three years.

The strategy has been led by the Barclays FA Women's Super League and FA Women's Championship Board in conjunction with the clubs and other key stakeholders. It sets out a collective ambition to develop the best women's leagues in the world.

To realise this ambition it focuses on three strategic goals:

The three key areas are designed to drive further growth in all aspects of the women's professional game and to ultimately make the game sustainable.

The strategy sets out some key milestones and targets that will determine the success of the strategy. This includes:-

• The implementation of an improved talent pathway and home-grown rules to support a blend of world class domestic and overseas talent.
• Investment in the workforce with an ambition that a minimum of 50 per cent of the head coaches across the top two divisions are female.
• Attendance growth with an average of 6,000 fans per week in the BFAWSL, 1000 in the FA Women's Championship, and the goal of selling out the Vitality Women's FA Cup Final – all by 2024.