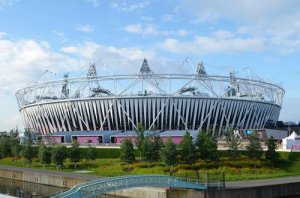 The long-awaited fan led review, chaired by Tracey Crouch MP, has been published. The independent review is a comprehensive examination of the English football system with the aim of exploring ways of improving the governance, ownership and financial sustainability of clubs in the football pyramid.

The government initially promised a fan-led review in its 2019 general election manifesto after Bury were expelled from League One following the collapse of a takeover bid.

RT @SportIndustry: The @premierleague has confirmed that they trial a saliva test to diagnose concussion🤕

It follows the publication of the SCRUM findings, which showed a saliva biomarker tool was able to accurately detect concussion in elite male rugby players🏉
sportindustry.biz/news…

UK Sport has confirmed an additional £11.2m of funding into summer Olympic and Paralympic sport to support preparations for the Paris 2024 Games.
ow.ly/o5q530s33Aq

RT @TimesSport: Premier League clubs will draw up plans to fight proposals to give more money to the Championship via a transfer tax, with chairmen arguing it could mean propping up the likes of relegation favourites Newcastle United | @martynziegler thetimes.co.uk/article…

A new app will be piloted in Wolverhampton which will offer incentives such as vouchers for shops, theme park passes, and cinema tickets for people who eat healthy and exercise more.
ow.ly/2jio50H1HSX