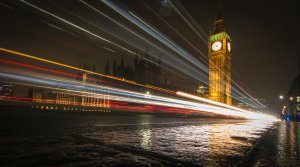 The Sports Think Tank has welcomed the publication of the Lords Committee on the National Plan for Sport and Recreation as a really helpful step in the right direction.

Andy Reed OBE Said "I am pleasantly surprised by the Committees Report. It does appear they have listened to the wide range of expertise they had before them and have taken on on board many of the current issues. In fact we would agree with many of the recommendations which echo many of the things we have been saying over the last decade. We specifically welcome the emphasis on tackling inequalities and widening the definition of sport to wellbeing and therefore the suggested move from DCMS to health makes sense.

"There are one or two areas - like asking Sport England to subsidise entry to local authority facilities that I would question as best VFM or the most effective, but these are issues for further debate.

"Whilst the Committee recognised the growing importance of Sport for Development and what it can do to achieve wider government outcomes its narrow focus on Crime and desistance was a a missed opportunity to boraden the understanding of its impact across the whole of government. But this can be addressed at a future date as the plan comes to life.

"Overall I'd congratulate the Committee for moving the debate forward and making the case for sport and physical activity to be at the heart of government policy making.