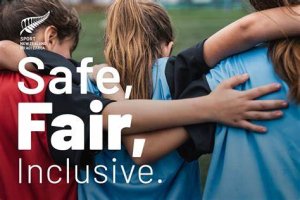 An independent body to strengthen and protect the integrity of the sport and recreation system is to be established.

"There have been a number of reports over the years into various sports where the athletes, from elite level to grassroots, have been let down by the system in one way or another.

"Protecting and enhancing integrity in sport and recreation is a key priority for me as Sport and Recreation Minister, and this new entity is a step in the right direction," Grant Robertson said.

Drug Free Sport NZ will be folded into the new entity along with some of the integrity functions currently performed by Sport NZ, including the recently established independent Sport and Recreation Complaints and Mediation Service. The new body will also be responsible for implementing a National Code of Sport Integrity.

"Currently, there are multiple institutions and organisations that play a role in integrity. The Integrity Working Group recommended an independent entity would enable a simpler, more accessible, and participant-focused approach.

"Both Drug Free Sport NZ and Sport NZ play a role in protecting the integrity of sport. It's important the new entity retains this expertise and the functions performed by these two organisations, as well as broadening the capacity," Grant Robertson said.

The next phase of work on the scope of the new entity and the development of the Code will involve further consultation with the sector, which will be undertaken by an independent Integrity Transition Committee. The Committee will be chaired by former Deputy State Services Commissioner Doug Martin.

Other members of the seven-person committee include Don Mackinnon and DFSNZ Chairperson Tim Castle, with Alexis Pritchard, Tim Castle, Dean Murphy, Traci Houpapa and Sarah Murray. Rebecca Rolls, who has stepped away from her Diversity and Inclusion Manager role with Sport NZ, will work alongside the committee as Integrity Transition Director following an external recruitment process.

Setting up the entity will also require legislation which is planned to be introduced early next year with the intention that the new entity is established in 2024.