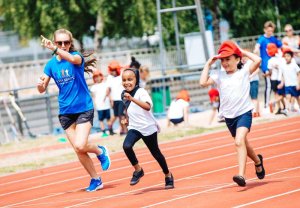 There has been "little progress" in recent efforts at tackling barriers to participation in sport and physical activity in England, says an influential group of MPs.

In a report, the House of Commons Public Accounts Committee (PAC) said it was "not convinced" the government's approach is effective.

The PAC scrutinises the value for money of government contracts and spending.

The cross-party group of MPs says that a refocusing of strategy by funding agency Sport England in 2015 on local-based efforts to target the least active "shows some signs of working".

But it adds "disappointingly" it has "not yet resulted in meaningful change in national rates".