Does Every Sport Matter?

Does Every Sport Matter? 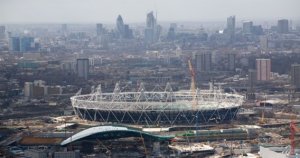 Today eleven sports have written an open letter to the new incoming Chair of UK Sport Dame Katherine Grainger asking for a rethink to the funding approach to Tokyo 2020. This is a debate we have become familiar with at the Think Tank and one we welcome.

Whilst all of the sports that have written to Grainger are those that lost funding in December 2016 as part of the Tokyo funding cycle this should not be seen as simple plea bargaining. We do believe there is a genuine debate to be had (as we successfully called for in the post 2012 period) about the very nature of why and what we fund at elite level.

Prior to the London 2012 Olympics there was a much wider funding base for sports across the UK. Quite rightly the hosting of the Games in 2012 focussed attention on making it as successful for home competing athletes as possible. Being the host nation allowed for many sports that were probably not going to make it via qualification to participate. It lifted many team sports to the point they had developing national teams able to cope on the world stage. Many were still a long way short of being medal hopefuls but it did give a boost to sports like Basketball and Volleyball.

Once London was over and the sports with little immediate medal chances were dropped it was the right time to ask why we invested. Was it simply for the short term success of Golds at the next Olympic & Paralympic cycle? The UK Sport argument is that No Compromise works because they don't compromise on their objective! If the sole measure of success remains the pursuit of Gold medals at the Olympic and Paralympic Games then drifting away from No Compromise isn't going to work and UK Sport are right to stick to their policy.

However, as we have done over the last few years we have felt it right to continually keep open the debate about whether that is our sole desire as a nation - to win medals at the Olympic and Paralympic games? Would we sacrifice a few Gold medals to see more expensive team sports supported or other sports with a longer development lead in given support to compete in 6-8 years?

If we desire a different outcome we can decide that. It will mean less medals and it can't be called No Compromise. Its a tough call. The success of the system in delivering its stated objectives cannot be underestimated and it has been great to see our athletes achieve the success they deserve. But at what cost? That's the question being asked by these 11 sports. Given all that has happened in many sports in the pursuit of the medals is the nation still as keen to continue No Compromise? We shall see.