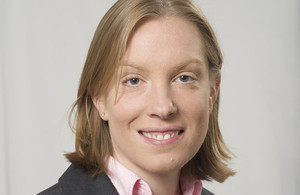 Whilst the summer Recess has formally started in Parliament it doesn't mean all Ministers have gone away just yet for their Summer holidays.

This week saw a busy week for sport both on and off the field.

The Minister officially praised the way National Governing Bodies had responded to become compliant with the new Code for Sports Governance by the end of October. Given this is one of the big issues Crouch has been keen to take on this is good news for the sector. However, we are not quite there yet as there are a couple of NGBs who need to approve the changes needed to comply with the change. We have been big supporters of improving governance in sport - especially sports in receipt of government and public money. We have had our reservations about the tick-box approach to the Code as we have heard plenty of legitimate grumbles from some NGBs and not just the usual backward looking suspects! Once we get nearer to October we will be doing a special feature on the Code and the progress being made.

The high level changes mean that most schools with over 17 pupils will receive £16,000 per annum with additional £10 per pupil... The fact that the investment has survived the post election changes in the DfE budget is to be welcomed. The sector had been promised this money too often for a big climb-down. As a sector we must now be reasonably grateful for the level of investment in primary school PE and sport. We can always do more with extra investment but given where we were in 2011 just before the Olympics this is a reasonable level of spending. However, our main problem is the increasing evidence - anecdotal and increasingly from research - that the distribution of monies directly to schools is not the most effective way to use this money. Again we will follow up more details and thoughts over the next couple of weeks.!